Flickr Turns 10: The Rise, Fall and Revival of a Photo-Sharing Community

The Flickr homepage as it appeared in 2004, the year of the service's birth
Flickr
By Harry McCracken

If you happened to be at the O’Reilly Emerging Tech Conference in San Diego 10 years ago today, on February 10, 2004, you had the opportunity to witness a meaningful moment in the history of the web — though I doubt that anyone in attendance realized it at the time.

The creators of a Vancouver, B.C.-based startup called Ludicorp Research & Development were at the conference mostly in order to talk about the technology behind Game Neverending, an online virtual world they were building. But while they were there, they also unveiled their side project. It was a tool for sharing photos, and they called it Flickr.

What they showed that day wasn’t quite the Flickr that was soon to become a phenomenon. Instead, it was a service that melded chat rooms with real-time photo sharing. Features for less instantaneous communications quickly elbowed out the original concept, which got renamed FlickrLive and then disappeared entirely. (Game Neverending, meanwhile, never got out of beta.)

Founded by Stewart Butterfield and Caterina Fake, who were married at the time, Ludicorp didn’t invent photo sharing. Actually, Flickr arrived years after the first three big names in the category: Ofoto, Shutterfly and Snapfish, all of which debuted in 1999. But with those sites, the online sharing was a come-on for their real business, which was selling prints of digital photos. On Flickr, sharing wasn’t a loss leader. It was the whole idea.

Back in 2004, the sort of rich online environment for social interaction that Flickr and other newcomers were inventing was so new that people started talking about “Web 2.0,” a term that started out sounding futuristic but soon became redundant, since its influence was everywhere. No Web 2.0 site was more important than Flickr; it debuted just six days after Mark Zuckerberg launched Facebook from his Harvard dorm room, and at first, it wasn’t clear that Butterfield and Fake’s photo-sharing site wasn’t the bigger deal. Even its name, with the missing final vowel, provided inspiration to countless other startups.

Earlier photo sites were mostly concerned with letting you put your pictures in front of friends and family. Flickr did that, too. But from the start, it was building a community of photo lovers around the world who wanted to share images with other photo lovers, as well as thousands of special interest sub-communities. It was about storytelling.

In the first few months after the service launched, it received updates more or less continuously, and got many of the features that would define it. Such as:

April 21: Photostreams, which let users peruse each others’ images in reverse-chronological order — a major shift from past photo-sharing sites, which always assumed that everybody was meticulously organizing photos into albums.

April 26: A version of the site designed for viewing on mobile phones. (From the get-go, Flickr catered to people who took pictures with their phones — one early user brought a camera phone into the delivery room to get pictures of her newborn onto Flickr A.S.A.P.)

May 9: Tags, which allowed members to attach relevant keywords to photos — their own, or other people’s– thereby creating a massive user-generated index of images that information architect Thomas Vander Wal famously called a “folksonomy.”

These features didn’t just shape Flickr. They helped reshape the entire web, which was still figuring out how social applications should work. (At the time, Friendster, Facebook and MySpace were getting good buzz, but you couldn’t do much with them — Facebook didn’t even add photo-sharing capabilities until October 2005.)

Oh, yeah, one other thing happened to Flickr early on: It was bought by Yahoo in March of 2005, reportedly for a price around $35 million, as part of a Web 2.0 spending spree that also saw the venerable web giant pick up other pioneering sites such as bookmarking tool Delicious and event-lister Upcoming.

“When Yahoo first approached us eons ago, we were pretty skeptical,” explained Fake on Flickr’s community forum. “But after meeting the people on the Yahoo team and getting a picture of where they were going, we got religion. Maybe that’s too strong. We realized we were all eating at the same church potluck.”

Things did go well at first under Yahoo ownership. Flickr’s greatest days of glory may have come in the first couple of years after the acquisition: It just kept getting new features, and grew massive as the photo-taking masses flooded in. (Including me: I joined in August 2005.)

Still, even as Flickr boomed, it didn’t sit at the center of Yahoo’s social strategy. From the very beginning, its creators had envisioned it becoming a multipurpose platform for sharing and collaboration, and talked about it adding features like video and music. But except for video, which arrived in 2008, Flickr didn’t venture very far beyond its roots. Yahoo conducted its broader-based forays into social networking elsewhere, such as with Yahoo 360°, a service, dense with features, which seemed to have everything except a soul.

In 2008, both Fake and Butterfield left Yahoo. (As he departed, Butterfield earned additional fame by writing the best resignation letter of all time.) Flickr continued without them, but didn’t exactly flourish — because Yahoo itself wasn’t flourishing. The company knew that it was engaging in an epic battle with Google, but didn’t seem to be able to articulate to anyone, including itself, what that meant for it and its properties. As it burned through CEOs like the world’s unluckiest gambler, Flickr began to fester.

It wasn’t that opportunity wasn’t there, just that others seized it. Facebook became by far the most popular way to share photos for people who didn’t consider themselves serious photographers. YouTube owned user-generated video, period. Instagram established itself as the preeminent phone-based social network for shutterbugs. Dropbox rethought how photos, and everything else, could be stored online.

By early 2011, when Yahoo was busy thinning out the herd of services it had created or acquired — including Delicious, another legend of Web 2.0 — there were ugly rumors that it might shutter or sell Flickr. They turned out to be spurious, but the fact that anyone took them seriously was a sign of its decline.

In May 2012, Gizmodo’s Mat Honan wrote a long, despairing piece called “How Yahoo Killed Flickr and Lost the Internet.” As that title suggests, it felt like an obituary — certainly for Flickr, and maybe for Yahoo, too. Honan did contemplate the possibility of the photo-sharing service reversing its fortunes, but concluded that it seemed unlikely.

And who could blame him? On the web, once something flounders, the chances of it restoring itself to some semblance of relevance are slim. (Just ask the people currently in charge of Friendster and MySpace.)

But Flickr, it turns out, is not dead — not yet. A couple of months after Honan’s obit, jaws all over Silicon Valley crashed to the floor when Yahoo lured iconic Google executive-engineer Marissa Mayer to be its new CEO. Intuitively, it seemed possible that she might care more about Flickr than her immediate predecessors had. On behalf of the entire Internet, a Flickr fan named Sean Bonner even launched a site called Dear Marissa Mayer with one simple request: “Please make Flickr awesome again.”

And in the Mayer regime, Flickr has indeed snapped out of its long slumber. Yahoo has released nicely-done apps for iPhone and Android, bringing the service into the modern mobile era. It also unveiled a much more contemporary-feeling redesign and started offering a terabyte of space for free — a mammoth amount of space even by current standards.

With the 1TB upgrade, Flickr now lets everybody see all their photos, rather than hiding all but the most recent 200 ones, as it had long done for non-paying customers. For me, at least, rediscovering hundreds of images I’d forgotten I’d uploaded in the first place reminded me why I’d been drawn to Flickr in the first place.

Not everybody loves the new Flickr — there’s even a Flickr group dedicated to complaining about it. But as with any product, the fact that it inspires passion is ultimately a good sign. It’s apathy that’s deadly.

The service’s new vision is the old Flickr vision, retooled for 2014 and beyond. “When we think about the competitive landscape, yes, there are a lot of photo services out there,” says Markus Spiering, Flickr’s head of product. “But Flickr is Flickr. Our goal and our strategy is to build the best possible photo product in the world. What we are building is something that helps users with their photos really holistically.”

That means more features, which means more engineers. “We scaled up the team,” says Spiering. “We grew, just in 2013 alone, more than 140 percent, with a lot of new talent.” Hiring, he says, has been particularly focused on Flickr’s mobile incarnation. (The top four cameras used by Flickr photographers are all iPhones.)

This image uploaded by NASA may be the most popular Flickr photo of all time, with more than 5.5 million views so far.
NASA Goddard Photo and Video

Even with more resources, Flickr can never again be what it once was: the undisputed leader in photo sharing. Along with Facebook and a bevy of other ways to put a picture on the web, it has to contend with the existence of Google+, which, with its particularly sophisticated photo-related features, feels a bit like what Flickr might have evolved into if it had never stopped aggressively expanding its horizons. (Perhaps not coincidentally, G+ honcho Bradley Horowitz is an ex-Yahoo who helped bring Flickr into the fold when he was at the company.)

According to Spiering, today’s Flickr has more than 10 billion photos (vs. more than 250 billion on Facebook — but who ever said quantity trumps quality?). It hosts 1.8 million groups, which are being joined by 50,000 new members a day. (I’m partial to the ones devoted to FujiFilm’s X100S camera and Polaroids.) Fascinating things continue to happen there, such as a formerly unknown species of insect being identified based on its Flickr portrait.

In short, it’s a place with interesting photos and an interesting community of users, which is what made Flickr matter in the first place.

Don’t underestimate the community part. “You think about Flickr, and yes, it’s photos and to a certain percentage, it’s videos,” says Spiering. “But I do think primarily, it’s about people. It’s about people you initially don’t know who become really important parts of your life.” If Flickr ends up having the sort of second act that’s so rare on the web, it’ll be because Yahoo continues to give those people reason to believe in it all over again. 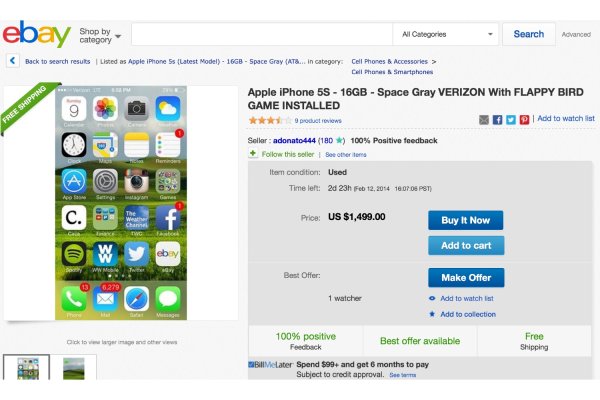