How To Ace a Job Interview: 7 Research-Backed Tips

1) Be Similar to The Interviewer

“Be yourself” can actually be a problem.

If you want to know how to ace a job interview it’s important to note that study after study shows the key to being liked and being more influential is similarity.

Research shows you can take advantage of this by researching the interviewer and coming across as similar to them:

No lies are necessary. Think attitude.

You might not have much control over this but make an effort to manipulate the timing to your advantage.

First impressions matter even more than you think. And once they’re set, they are very hard to resist. Mastering first impressions is a key part of learning how to ace a job interview.

Research shows they’re the most important part of any job interview:

Optimize first impressions from the outset by framing the conversation with a few well-rehearsed sentences regarding how you want to be perceived. This will end up being the structure the other person forms their memories around.

Via Choke: What the Secrets of the Brain Reveal About Getting It Right When You Have To:

Persuasion expert Robert Cialdini, author of the classic book, Influence, slyly recommends asking them why they thought you might be good for the role.

After people make positive public statements about you they will subconsciously feel the need to not contradict them.

People who felt powerful before going in to an interview performed better:

As I’ve posted before, “fake it ’til you make it” works.

How can you make sure you feel powerful? Harvard researcher Amy Cuddy recommends doing a “power pose” in private before the interview:

Try power poses in the elevator, a bathroom stall, the stairwell…wherever you can find two minutes of privacy.

Does striking poses in the bathroom sound silly to you? Don’t laugh — it works:

What type of people naturally know how to ace a job interview? Narcissists.

Now you don’t want to be overbearing but better to toot your own horn than to have it go untooted:

5) Have a Strong Handshake

Your handshake matters a lot more than you might think.

And it’s correlated with getting an offer:

6) Know the Right Questions To Ask

Many people struggle with that moment in most interviews where they ask “Do you have any questions for us?”

This is not only a good time to get information but it’s a great time to impress them with an insightful question.

7) Know How To Negotiate Salary

I’ve posted a lot of research about effective negotiating including my interviews with Robert Cialdini and FBI hostage negotiators.

But what’s the thing Harvard’s MBA school says is most important for landing a big offer?

To learn more about how to ace a job interview, click the one you need more help with: 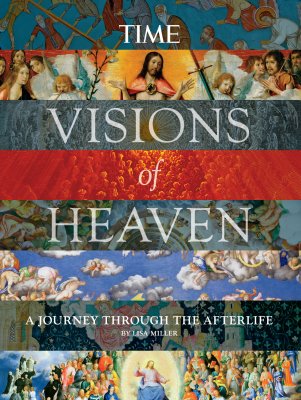 Beyond Death: The Science of the Afterlife
Next Up: Editor's Pick