Grandma Hillary Is a Double-Edged Sword in 2016

When Chelsea Clinton announced Thursday that she’s pregnant, it took the media about two nanoseconds to home in on what that really means: Hillary, should she run for president in 2016, will campaign as a grandmother.

Some conservative pundits, perhaps unsurprisingly, were quick to the cynicism, with ruder ones even suggesting, absurdly, that Chelsea’s mom had pushed her because it would make good optics in 2016. And that’s to be expected. All is fair in love, war and Clintonland. But it’s worth noting two things.

For one, Chelsea is 34-years-old and has been married to her husband, Marc Mezvinsky, for four years. As any woman of childbearing age can tell you, now is the time in Chelsea’s life that the childbearing needs to happen. Let that sink in.

And for another, Hillary’s newfound role as grandmother isn’t necessarily a political boon. As I wrote in the Washington Monthly’s current issue, it could very easily cut both ways. After all, Hillary, who will be 68 in 2016, already runs the risk of appearing old, a vulnerability not lost on her detractors. From the Monthly:

The flipside, of course, is that the image of “grandmother” has changed fairly dramatically over the past decade or two. In the ‘70s and ‘80s, women in politics often worked to hide their age; being labeled a grandmother was considered a political liability. But as the Baby Boom generation has aged into grandparent roles, the term has been reclaimed. Being a grandma is now often used as a shorthand for a politician’s competence, compassion, and a commitment to her family—an image that sells well to liberals and conservatives alike.

As a result of this shift, we’ve seen more and more women in the past decade publicly relish their roles as grandmas. Within a few hours of Chelsea’s news on Thursday, Elizabeth Warren posted a picture of herself and her granddaughter on Facebook. (“I love-love-love being a grandmother,” it read.) Over the years, Nancy Pelosi, who has struggled to soften her image in the House, has talked often of her eight grandkids and occasionally dragged them along to political events. And in 2012, Sarah Palin, despite having become a grandmother after her unwed daughter’s teen pregnancy, embraced the title. The gun-totin’ Mama Grizzly was photographed regularly, grandbaby-in-arms, working the crowds.

When it comes to Hillary’s prospects on the campaign trail, the grandma card might be particularly useful. After all, one of her primary public image problems, both in 2008 and throughout her time as Secretary of State, has been that voters see her as cold, calculating and aloof. Campaigning with a toddler—cracking jokes about toys and lost sleep and the inevitable influx of stains—could make her appear softer, sweeter and more real in exactly the way she needs. It could also give her long-suffering speechwriters a raft of new material to help them connect the candidate to the policies she has already long championed, from pre-K education to family leave.

All that said, Hillary’s challenge, should she run, will not be to win over married or older women, for whom the grandmother schtick might be most appealing. Hillary’s challenge in 2016 will be the same as it was in 2008: getting younger women, who overwhelmingly backed Obama, to lend her their support. And to that end, Hillary’s secret weapon in 2016 might not be her new grandbaby, but her very own young woman: Chelsea herself. 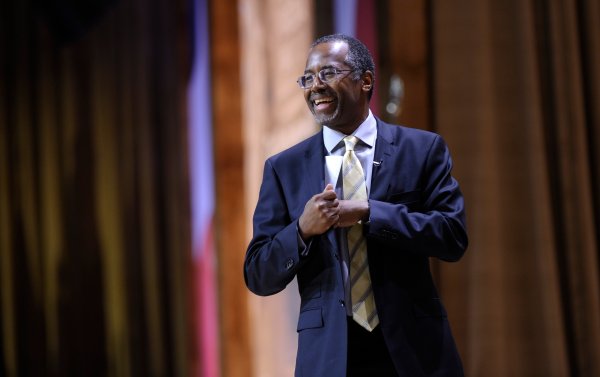