The Problem With the New Isolationism

The ongoing crisis in Ukraine and Russia has once again focused attention on the question of America’s international role. There is, across the political spectrum, a strong streak of anti-interventionism which holds that we should minimize our involvement abroad except for clear-cut national security purposes. In this view, the United States should avoid not only any non-defensive use of military force but any exercise of its power to influence world affairs — especially for “moral” causes such as human rights or democracy. Leftists wary of American power deplore what they see as President Obama’s continuation of his predecessors’ imperialist policies. Libertarians and libertarian conservatives wary of government power and foreign entanglements, such as Kentucky Senator Rand Paul and his father, ex-Congressman and presidential candidate Ron Paul, reject what they see as the mindless hawkishness of the mainstream Republican Party.

Caution about adventures abroad, which have cost the United States dearly in lost lives and morale as well as money in the past decade, is entirely sensible. But a prudent foreign policy is not the same as an American retreat from an active global role — which would be bad for the world, bad for Americans and, at the risk of lapsing into Team America cliché, bad for freedom. Power, like nature, abhors a vacuum. If the United States scales back its presence on the international scene, others will step up to fill the gap.

Vladimir Putin’s Russia, as the latest events starkly remind us, is seeking to reclaim its great-power status — under the banner of an explicitly authoritarian ideology, this time in “conservative” colors. A shadowy guru of the Putin regime, political theorist Alexander Dugin (head of a think tank at Moscow State University who has close ties to top government figures and is directly involved in stirring up pro-Russian separatism in Ukraine) speaks of Russia as a central player in the struggle against Western “liberal hegemony” with its principles of “the free market… parliamentarian democracy, human rights, and absolute individualism.” Putin may not share this messianic vision, but he is quite likely to use it purpose of maintaining his power; indeed, Dugin’s idea of an anti-liberal coalition of radical religious, right-wing nationalist, and far-left socialist forces is startlingly similar to the Kremlin’s actual alliances.

Elsewhere, there is resurgent radical Islamism, often vying for control with brutal secular tyrannies; there is China, combining capitalist-style economic success with communist political dictatorship. A world in which these forces are dominant, and able to spread their influence, will not be a freedom-friendly one.

Would this affect Americans? Even aside from the moral dimension of abandoning our present-day democratic allies — and, say, standing by while Poland is brought back under Russia’s boot — the interconnected world of the 21st Century is a reality. Anti-interventionist libertarians and conservatives nearly always support free trade; but international trade, and American business abroad, would not fare well under the ascendancy of authoritarian nationalism in other countries. At best, American companies would have to deal with repressive regimes that use the benefits of trade to solidify their power, which they may later use against U.S. interests. At worst, they may see their foreign assets seized by lawless governments, or their local employees terrorized and persecuted (like Sergei Magnitsky, the Russian lawyer working for a U.S. investment fund who died in prison after being framed for fraud).

Such abuses would sorely test the limits of American non-interference. So would inevitable collisions between American freedoms and authoritarian regimes and movements around the world — from the “corrupting” influence of American culture to the “subversive” work of émigré dissidents living in the U.S. or of American activists and private organizations promoting human rights. This factor alone makes it very unlikely that, as proponents of retrenchment often claim, anti-Americanism would wane if we only stopped “meddling” — particularly since authoritarians and extremists often assume that all private activity and expression in the U.S. takes place with the government’s blessing. Russians obsessed with American subversion barely distinguish between George Soros’s Open Society Foundation and the CIA; Islamist radicals attacked U.S. diplomatic missions and American schools over the YouTube video, “Innocence of Muslims.”

To some extent, the neo-isolationist trend is an understandable result of the fiasco in Iraq, which started as a grandiose experiment in the use of American power for democracy-building. It is sobering to recall that in 2003, not only neoconservative hawks but many liberals and even libertarians supported what was officially known as “Operation Iraqi Freedom.” Shortly before its launch, New York Times columnist Thomas Friedman wrote, “It is not unreasonable to believe that if the U.S. removed Saddam and helped Iraqis build not an overnight democracy but a more accountable, progressive and democratizing regime, it would have a positive, transforming effect on the entire Arab world.” In retrospect, it does seem vastly unreasonable to stake a war on such a big “if” — on the hope that a country with no base for democratic self-government, decades of brutal dictatorship, and deep tribal and religious divisions could be steered toward stable democratization by an occupying force.

But the Iraq Syndrome has generated its own myths and knee-jerk reactions. Among those is an oversimplification of the Iraq war itself, often portrayed (both by leftists and Ron Paul libertarians) as a criminal act of wanton slaughter by the U.S. In reality, nearly 90 percent of war-related Iraqi deaths were at the hands of other Iraqis in sectarian or insurgent violence — and numerous surveys over the years have found Iraqis themselves consistently ambivalent about the invasion, with just over a quarter calling it “absolutely wrong” and three out of four agreeing that Saddam Hussein’s removal was worth it. A similarly simplistic narrative of American evildoing shows up in denunciations of drone strikes, which even some critics grudgingly admit are far less deadly to civilians than either terrorist attacks or anti-terror operations by the domestic military in the same regions.

The anti-interventionist tendency to demonize America’s actions is often paralleled by a bias against the U.S.-backed side in foreign conflicts and in favor of the opposing side — which can lead to defending the reprehensible. Ron Paul has portrayed Iran as a victim of American bullying while casting the solitary vote against a 2009 U.S. House resolution condemning the Iranian regime’s violent crackdown on protests against perceived election fraud; more recently, he has defended Russia’s annexation of Crimea, arguing that the referendum under Russian guns was no less fair than elections in U.S.-occupied Iraq (as if Iraqis in those elections were pressured to vote for becoming an American colony). Glenn Greenwald, the lawyer-turned-journalist and crusader against America’s imperialist “National Security State,” has commented on the Russia-Ukraine crisis only to praise the Kremlin’s foreign-consumption propaganda network, Russia Today, for allowing host Abby Martin to make a brief on-air statement criticizing the invasion of Crimea — without mentioning the Putin regime’s ongoing crackdown on dissenting media at home.

Even Rand Paul, far more mainstream than his father, initially suggested that the U.S. mustn’t “tweak” Russia and should respect its interest in keeping Ukraine “within [its] sphere.” Yet, as Russian aggression escalated, he shifted to a more hardline position, calling for the U.S. to be “a global leader” in punishing and isolating Russia. While Sen. Paul stressed that our response should not involve military action, he did propose resuming the missile shield program in Eastern Europe (with the caveat that European nations should pay for it). This shift may reflect Sen. Paul’s response to changing circumstances; but it may also reflect his realization that anyone wanting to be a serious contender in American politics should have a vision for an active U.S. role on the world stage.

Obviously, the U.S. should tread carefully in using its muscle in foreign conflicts, especially when there may be no best-case scenario in sight and no minimally reliable friends. (Syria may well have been one such situation.) But prudence does not equal abdication. There are meaningful things we can do to support pro-freedom forces where they exist and to exert some check on aggressive anti-freedom regimes.

Writing recently on the independent Russian website Grani.ru, dissident writer and left-wing activist Alexander Skobov noted that today’s conflict between Russia and the West was not so much a clash of civilizations as a “clash of systems”: “The essential difference between them lies in who has ‘primacy’: the individual or the state, society or the ‘elite’? The conflict over this issue is not between civilizations but within each of them. Every state seeks to dominate the individual; every elite seeks to dominate society. But some countries have succeeded at developing a set of institutions that limit the power of the state and the elite over the individual and society, while others have not.”

Obviously, these institutions don’t always work. Yet, while the United States and the other capitalist liberal democracies may be very far from either the libertarian ideal of freedom or the progressive ideal of social justice, the unvarnished truth is that it’s only within this loosely knit global community — the “global liberal hegemony” deplored by far-left and far-right radicals — that these ideals have any chance to survive and develop. A world in which these values are on the ascendancy rather than in retreat is very much a part of our national interest.

Cathy Young is a contributing editor at Reason magazine. You can follow her on Twitter at @CathyYoung63. 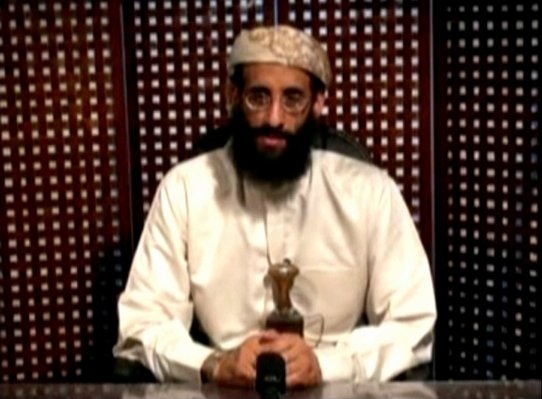