Here's Meryl Streep's Spot-On Advice About Being a Woman

Meryl Streep just added another accolade to her already crowded resume: an honorary doctoral degree from Indiana University. Despite being a Vassar graduate, Streep is a Hoosier by association because of her marriage to sculptor Don Gummer, who studied at IU.

After being given the honor, the three-time Oscar winner sat down for a conversation with professor Barbara Klinger. Streep was her predictable amazing self, dropping knowledge nuggets about getting started in Hollywood, being an actress over 50 and that time she had pizza at the Oscars. Also, apparently her fans are called Streepers. Who knew?

But she hit a home run when she offered advice to people, specifically young women, who want to make it in the entertainment industry:

So listen to Meryl and embrace your inner weirdness.

The other best piece of information? Streep says that in the year she turned 40, she was offered three roles as a witch. A WITCH. Actually, on second thought, Meryl as a witch sounds great. And it’s even better when you realize that she’ll play The Witch in the upcoming film version of Into the Woods.

Hollywood, thanks for letting Meryl be great. 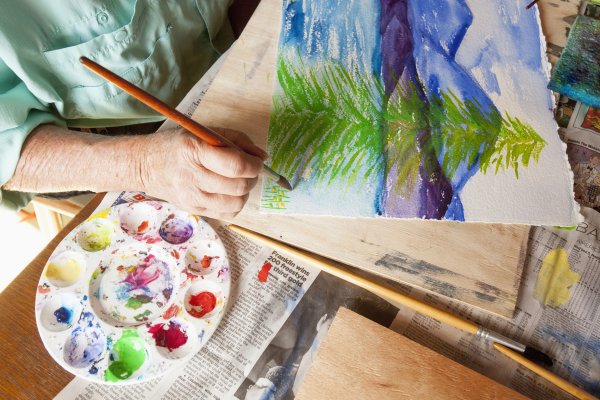 Do Your Job Better: Find a Hobby
Next Up: Editor's Pick