A little-known group devoted to drafting a retired doctor into the 2016 presidential race is raking in millions.

The National Draft Ben Carson for President Committee raised $2.4 million over the past three months, according to documents filed with the Federal Election Commission, outpacing far more prominent rivals. Carson, a 62-year-old retired neurosurgeon and political commentator, has never run for elected office. And there are few signs the fundraising boomlet has changed his mind. Running for office “has never been something that I have a desire to do,” Carson told TIME last month. The draft committee has no affiliation with the prospective candidate himself.

So how is a political neophyte with little campaign infrastructure, scant interest in the presidency and no real chance of winning helping raise all that cash?

As Michael Scherer and I explained in a feature story last month, Carson’s acolytes have tapped into the lucrative world of conservative direct marketing. His money-making machine has followed a well-honed formula: renting and expanding email lists, beseeching supporters for cash through email and the postal service, and then reinvesting big chunks of the proceeds in ever more appeals to activists. Once it cranks into gear, the machine is tough to stop. And its methods can be successful whether or not the cause is viable.

The hub of Carson’s fundraising drive is in an office park in northern Virginia, where the direct-mail wizard Bruce Eberle oversees a constellation of companies that raise money for clients. Eberle, an old lion of the conservative marketing world, has had decades of success connecting GOP activists and causes. It has sent more than two million pieces of mail on behalf of Carson, Tammy Cali, the president of Eberle Associates, told TIME last month. The response has exceeded anybody’s expectations.

Some conservatives have qualms about these tactics, noting they siphon cash and energy from activists’ limited supply. But there is no question that direct mail is working wonders for Carson’s political profile. Part of that is due to the appeal of the surgeon from Baltimore, who became famous for pioneering a method to successfully separate the heads of conjoined twins—and whose bootstrap tale and searing rhetoric delights conservatives. The Draft Carson committee likes to tell supporters that the African-American doctor is the only prospective GOP candidate who can win enough black votes to retake the White House.

But a large part of the success is due to the Eberle machine, which is filling its own coffers as it touts Carson’s chances. And the push to draft the doctor will only intensify. By the end of 2014, the Draft Carson committee expects to raise up to $8 million from 150,000 donors, director Vernon Robinson told TIME last month.

You can read the full story on Carson’s conservative fundraising machine works here. 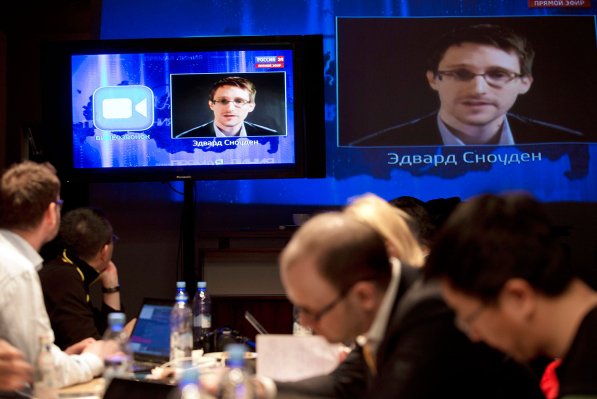 Snowden Dishes About Pressing Putin on Surveillance
Next Up: Editor's Pick