Stocks rose for CVS less than a week after announcing they would not be selling tobacco products anymore.
Ben Torres—Bloomberg/Getty Images
By Sam Frizell

CVS’s stock price rose as the company reported glowing earnings Tuesday, positioning the nation’s largest pharmacy chain for a strong year less than one week after it announced it would stop selling tobacco products in the U.S.

Company shares have risen 2.3% since CVS’s surprising February 7 announcement that it would remove all cigarette and tobacco products from its 7,600 pharmacies nationwide by October 1. The earnings report released Tuesday shows the company’s profits in the last quarter of 2013 increased $140 million from the same period a year ago, and revenue hit $32.8 billion.

However, CVS forecasts a direct $1.5 billion annual hit to its revenues due to the ban, the company told analysts on Tuesday’s earnings call.

That said, the company doesn’t seem to be blowing smoke. It raised its guidance for earnings per share in the first quarter of 2014, the first quarter for which CVS’s sales will reflect consumers’ reaction to its no-tobacco announcement, from $1.03 to $1.06. In other words, CVS thinks in the short term, at least, its cigarette ban certainly won’t hurt, and it may even be a boon.

“We are seeing this tobacco decision as an opportunity to connect even more with consumers, as an expert in health and beauty and to build our loyalty with them,” said company executive vice president on Tuesday’s call.

In the long term, CVS says it will find ways to offset the loss of its annual cigarette sales revenue, and it’s full-year earnings projection hasn’t changed after it proclaimed the ban. Whether CVS becomes a model for other pharmacies remains to be seen, but its earnings reflect a strong position going into 2014. 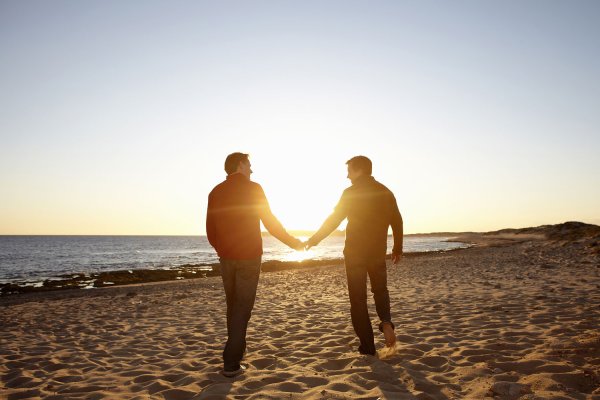 Hallmark's Problem With Gay Love
Next Up: Editor's Pick