A relative of a passenger aboard a sunken ferry weeps at a port in Jindo, South Korea, April 17, 2014.
Ahn Young-joon—AP
By Eliana Dockterman

Murky waters and strong currents hampered the search on Thursday for survivors of the South Korean ferry that capsized. Though 179 people have been rescued since Wednesday’s disaster, emergency services say 25 people have been confirmed dead and 271 people are still missing.

South Korean President Park Geun-hye visited the wreckage site and emphasized the need for speed in the search, saying every second was important, according to the BBC. The ferry was filled mainly with high school students on their way to Jeju island.

But more than 500 military divers have had to struggle against high winds and tumultuous waves as they try to reach the vessel. They can’t access any of the cabins, said Kim Soo-hyun, chief of the West Regional Headquarters of South Korea’s coast guard. The coast guard has been using floodlights and flares to continue to search the ship. Altogether, the military had deployed 171 vessels and 29 aircraft in the search.

“We carried out underwater searches five times from midnight until early in the morning, but strong currents and the murky water pose tremendous obstacles,” Kang Byung-kyu, Minister for Security and Public Administration, told the BBC.

Investigators still have not determined what caused the ship to tip over. “I am really sorry and deeply ashamed. I don’t know what to say,” said the captain of the ship, Lee Joon-seok. He was reportedly one of the first people to escape the capsizing ship.

The U.S. Navy has sent an assault ship to aid in the search. 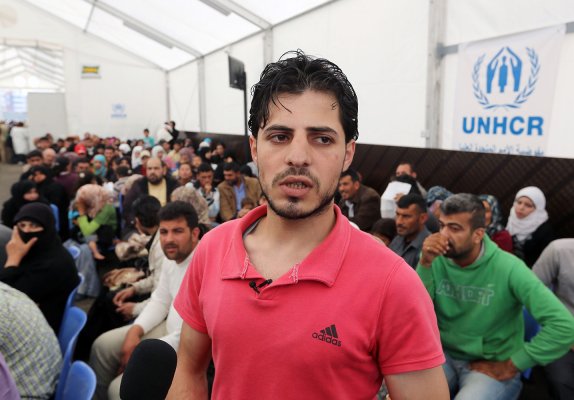 Influx of Syrian Refugees Fans Xenophobia Among Some Lebanese
Next Up: Editor's Pick