Clinton, speaking at the “Girls: A No Ceilings Conversation” event with her mother Hillary Clinton, said she and her husband Marc Mezvinsky are looking forward to parenthood.

“Marc and I are very excited that we have our first child arriving later this year, and I certainly feel all the better whether it’s a girl or a boy that she or he will grow up in a world full of so many strong young female leaders,” she said. “So thank you for inspiring me and inspiring future generations including the one that we’ll be lucky enough to welcome into our family later this year.”

Clinton insiders have said a Chelsea pregnancy is the “big wild card” for whether Hillary Clinton will pull the trigger on a 2016 presidential campaign.

The daughter of former President Bill Clinton and former First Lady and Secretary of State Hillary Clinton, who has been in public life for more than 30 years, nodded to her parents as role models for her own parenting. “I just hope that I will be as good a mom to my child — and hopefully children — as my mother was to me,” she said.

Chelsea Clinton had hinted last year that she and her husband were trying to get pregnant. In an interview with Glamour magazine about the Clinton Foundation and her plans for 2014, she said, “We sat down and said, ‘Here’s what we want to do.’ The first thing on the list was simple: we want, God willing, to start a family. So we decided we were going to make 2014 the Year of the Baby … And please call my mother and tell her that. She asks us about it every single day.”

After the big reveal, Chelsea Clinton let her Twitter followers know the news:

Both grandparents-to-be Bill and Hillary Clinton also tweeted shortly after the announcement:

— With reporting from Zeke J Miller 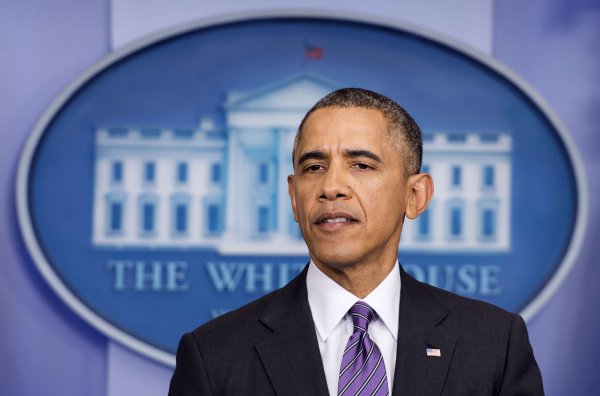 8 Million
Next Up: Editor's Pick