In Washington, placing an order for a pot delivery is now as easy as dialing up for a pizza. Only with marijuana orders, deliveries are made by characters named Otter, Wombat, and Possum.

While shops in Colorado began selling recreational marijuana at the beginning of the year, similar retail outlets in Washington—the other state where voters approved the purely recreational use and sale of pot—won’t start selling weed for non-medicinal purposes until spring or summer. Filling the void in the state where demand for pot is extraordinarily high are businesses such as the Winterlife Cooperative Cannabis Delivery Service.

The service provided is just like the name indicates: Anyone age 21 and up in the greater Seattle area can call up and choose among a daily menu of marijuana and place an order for delivery. Prices run roughly $80 per quarter-ounce of weed, and cash is the only accepted form of payment.

Winterlife’s FAQ page explains that customers can expect delivery to arrive around 45 minutes after an order is placed. The page also addresses a stickier question: Is this operation actually legal? The co-op obviously thinks so, even if a customer hasn’t specifically received a medical prescription to use marijuana. “All adult Washingtonians qualify for ‘Medical Cannabis’ out of ‘Medical Necessity’,” the site explains. “We ‘Good Samaritan’ Critters will continue to provide ‘Safe, Reliable and Legally Defendable Service’ for as long as it takes for ALL adults in Washington to have access to cannabis!”

Oh yeah: About the “critter” business. All Winterlife employees are referred to as “critters,” and even use soft-and-fuzzy critter names—Fox, Owl, Wombat, Otter, Hawk, Panther, Bear—rather than their real names on the job. So, as if ordering legal weed wasn’t a trippy enough experience on its own, your order will be handled over the phone and later arrive in the hands of Possum, or another delivery dude with some such name. In addition to pot edibles and various strains of marijuana, Winterlife sells a special “Critter Box” starter kit for $350, which includes a few kinds of marijuana and hash, as well as a vaporizer and a pipe. For each box purchase, Winterlife says it donates $100 to a nearby animal rehab center called South Sound Critter Care.

Seattle police spokesman Sgt. Sean Whitcomb clarified to the Seattle Times that services like those of Winterlife are “not legal.” And yet neither drivers nor customers nor anyone else seems to be at risk of getting in trouble. Pot delivery “undermines the spirit of the law,” said Whitcomb, but he doesn’t expect the authorities to take any action to stop the practice. “Like anything else, our department takes all the complaints and dedicates our resources in a way that makes sense and is going to be most impactful.”

When The Stranger, an alternative weekly in Seattle, asked directly if the police department would pursue criminal action against pot delivery practitioners, Whitcomb responded, “Probably not.” At least partly because marijuana’s legality is currently in an in-between stage—approved for recreational sale, yet not available for direct sale yet—it seems as if the police are choosing to look the other way for a few months. “It is too early to say where a companion delivery service merits any further review,” Whitcomb said.

So far, that means Winterlife can simply go about its business of delivering marijuana—a business that’s currently averaging four stars on Yelp. 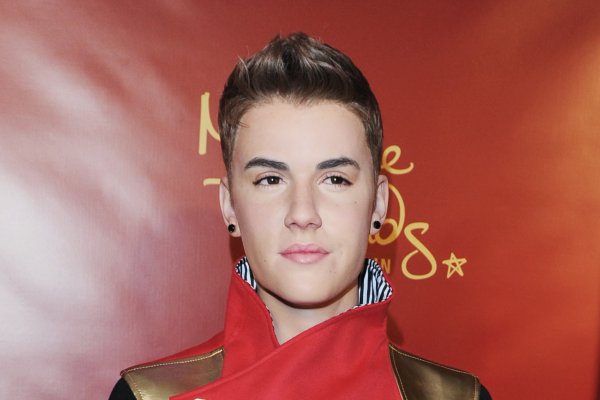 Justin Bieber's Wax Statue Has Been Groped To Death
Next Up: Editor's Pick