What Law Schools Can Teach Colleges about Lowering Tuition

Two years into his presidency at Roger Williams University, Donald Farish still could not understand why its law school was charging students $41,400 a year. With law schools seeing huge declines in applicants as legal jobs dried up, something needed to be done. “It was time we confronted the reality,” Farish said.

So the law school slashed its tuition by 18 percent this year, adding Roger Williams to a long list of law schools trying to bring back students by doing something extraordinary with their prices: lowering them.

Law schools at public universities dropped their median tuition by an average of 5% in 2011 and another 8% in 2012, according to the American Bar Association, as private law school tuition increased by an annual average of only 4%, the lowest in 26 years. This followed a staggering drop in the number of applicants in each of the past three years. In 2004, according to the Law School Admission Council, more than 100,000 people applied to law schools; last year 59,400 did. It’s little wonder when there are few jobs for graduates to take. “We’re in an unprecedented time,” said Judith Areen, a former Georgetown University law dean who now directs the Association of American Law Schools. “There’s been almost a freeze in lawyer hiring.”

The downturn has forced law schools to offer discounts unlike any seen before. Pennsylvania State University has offered Pennsylvania residents annual $20,000 tuition discounts at its Dickinson School of Law, cutting tuition nearly in half. The University of Iowa reduced fall 2014 tuition by more than 16% for most law students, and Ohio Northern University law students will pay nearly $9,000 less next fall than they did this year. New York’s Brooklyn Law School this month announced it would reduce tuition by 15% in 2015. The universities of Massachusetts and Maryland have frozen tuition in the past two years.

The hefty discounts appear to be working, for some. Applications at Iowa have increased by more than 70% over this point last year, said the dean, Gail Agrawal. The boost is a relief for the school, which saw a 40% drop in its number of first-year law students from 2012 to 2013. “I think we became the greatest value ever,” Agrawal said. “If you’re a public (university), you do have to worry about issues like access and affordability. We’d been thinking about it for a while. It’s a philosophical question for the university.”

Iowa’s decision was among the reasons Ben Gillig chose to go there next fall. A doctoral student at Iowa, Gillig said he looked at other law schools but was swayed, in part, by the tuition cut. “I wanted something that wouldn’t add much to my debt level,” he said. “I am a little surprised it’s not a broader trend [to cut tuition]. I certainly think it will be in the years ahead.”

And yet overall, college tuition keeps on rising. Which raises the questions: If law schools can reduce their tuition, why can’t other parts of higher education? And do institutions only lower their prices when demand falls?

“A lot of schools are being, frankly, unimaginative,” Farish said. “It’s abundantly clear that the rising costs of the past 20 years have collided with the economic realities. At the risk of indicting an entire industry, I think we’ve been kind of lazy in our thinking. We always just pass on the costs to students and their families.”

There are exceptions to the rule, of course. Some small colleges, where even minor enrollment declines can have dramatic effects on budgets, have, like law schools, slashed their sticker prices. Converse College in South Carolina, for example, has cut tuition by 43% for next year.

But few major colleges and universities have cut tuition for undergraduates, which continues to increase above the rate of inflation. Nor has every law school felt comfortable reducing prices. Deans at law schools nationwide said cutting prices would require them to trim student services and academics, both of which weigh heavily in all-important rankings.

Rather than reduce tuition, New York’s Hofstra University cut the size of the entering class at its law school from 320 to 200. Its dean, Eric Lane, who called this “the worst time in history” for law schools, said it wouldn’t have been able to maintain its quality if it had cut tuition, which is $49,154 this year and will rise about 2% in the fall. “It’s a difficult choice we have to make,” Lane said. “I don’t know how schools have cut their tuition. We don’t have that flexibility.”

And at the University of San Francisco, law school tuition will rise 2.9%, to $45,462, in the fall. It will be the smallest increase in the past 20 years, said John Trasviña, the dean, and the school could go no further. “We considered it and found we could not do it,” he said, citing rising salary and infrastructure costs. “You never want to raise tuition, but we had to.”

Cutting prices often comes with consequences. While some schools are able to streamline administrative costs to compensate, others lay off employees or increase class sizes. For many law schools, the decision comes down to their relationship with a parent campus. Iowa, for example, would not have been able to cut law tuition without financial support from the university, Agrawal said. 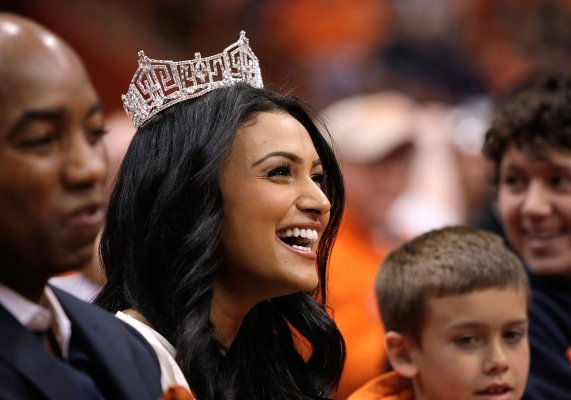