Panera's Founder Showed Us Exactly How He Plans to Revolutionize Dining

When Panera Bread’s CEO suggests turkey chili for lunch (even though you’re more of a tomato soup guy) and a turkey club (despite the fact that ham and swiss is clearly superior), you give in and let him order.

Because not only does Ron Shaich really want me to try the turkey chili, which he assures me that I’ll like, but he wants to demonstrate what the company calls “Panera Bread 2.0″ – an across-the-board shift involving self-service iPads, from-the-table mobile ordering and a new take-out system that will fundamentally change the way Panera interacts with its customers.

Over the next three years, Panera Bread will redesign its 1,800 restaurants to allow for a host of integrated technologies to make the dining experience easier, faster and more technologically driven — all something Shaich has been pondering for years now. “I wrote a vision for this four years ago,” he tells me over lunch at a Panera Bread in Midtown Manhattan, one of a handful of cafes just beginning to use some of the new technologies. “The big thing here is not about technology. It’s technology enabling a differentiated guest experience for how you want to use Panera.”

In 2010, Shaich stepped down as CEO, became executive chairman, and began thinking long-term about the company, all centered around a main idea: How would he compete with Panera if he weren’t working for Panera? He remembers calling a Panera cafe near his home in Brookline, Mass., and getting the manager on the phone so his food would be ready by the time he got to the restaurant. “I thought, this is a phenomenal system,” he says. “The only problem is this only works for the CEO. There’s 8 million customers a week.”

Shaich says he realized that Panera’s soft underbelly was a one-size-fits-all guest experience. Everybody got in the same line. Everybody waited at the same registers. Then the cashiers would send everyone over to what Shaich calls the “mosh pit.” “That’s where we’d say, Pick up your food,” he says. “And you’d play the game in the mosh pit called find your food. You sandwich is here. Your salad is over there. Your espresso drink is in a third place.”

Those experiences led him to rethink the way the restaurant operated and interacted with its customers. And it led him here, to this Midtown Panera, where he’s ordering me turkey chili on an iPad instead of waiting in a traditional line and choosing an item from an overhead menu. At this café, the Panera iPads are the first thing you see when you walk in. Shaich swipes through the menu, adds a chicken salad for himself, chooses my turkey chili and turkey club, and swipes his credit card.

As we wait, he takes me into the kitchen to show how the back-end inner-workings have had to change as well. Shaich says 50% of Panera’s orders are customized, meaning people are adding or subtracting certain ingredients to their preferences. Panera 2.0 is all about personalization, and the order boards for Panera’s kitchen staff have also been altered. Added ingredients show up in bright green. Subtracted ones are in red. It’s all an attempt to increase Panera’s accuracy.

After a few minutes, we reach a counter to get our food, one of several places you can now locate an order. All items ordered from the iPad kiosks are at one counter. Take-out items are situated in a bookshelf-like area for easier pick-up. Or, you can bypass the whole thing, sit down at a table, order on your phone, and your meal will arrive right where you’re sitting.

The $42 million 2.0 rollout will cost $125,000 a store, and Shaich has publicly told shareholders to expect slower growth over the next couple years. But he believes what Panera is doing is where the industry as a whole is heading. He says they’re not just using technology for technology’s sake, but are utilizing it in a way that is enhancing the customer experience and catering to a younger demographic that increasingly uses mobile technologies and is accustomed to getting things to their own specifications quickly.

“My whole job is to figure out what the world’s going to need down the road and get this company to that place,” Shaich says. “Expect us to have relatively modest earnings growth over the next two years, because we’re making major investments in this. But it changes the trajectory of the whole company.” 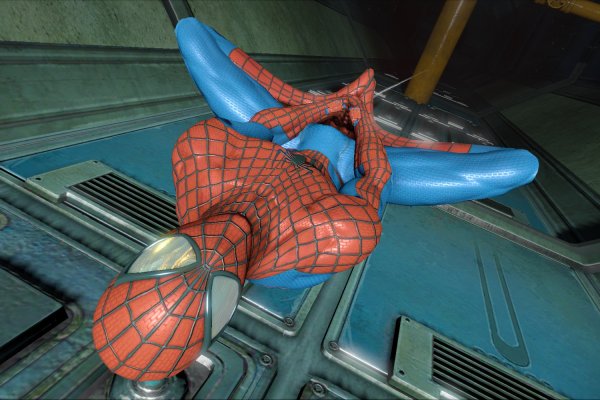 Xbox One Version of Amazing Spider-Man 2 Is Caught in a Web
Next Up: Editor's Pick