Yahoo Reportedly Has a Bold New Proposal That Could Threaten Google

Yahoo, long an also-ran in the search engine business, is working on a bold new proposal that could quickly transform it into a legitimate Google competitor. CEO Marissa Mayer is prepping a pitch to Apple to make Yahoo the default search engine in the Safari browser on iPhones and iPads instead of Google, according to Re/Code.

Yahoo is looking to aggressively expand its advertising business, which showed some small signs of life in the company’s quarterly earnings report this week but is minuscule compared to Google’s. Landing a spot as a default utility on iOS would expose hundreds of millions of users to Yahoo’s search engine and in turn, the ads that are served up along with search results. Users can already toggle their settings to use Yahoo or Microsoft’s Bing as their default search engine in Safari, but it’s likely most people stick with Google.

Apple’s once close relationship with Google has chilled in recent years. The company stopped using Google Maps as its default maps app in 2012, and now the vast majority of iPhone owners use Apple’s own maps product. Apple’s current patent lawsuit against Samsung is really a proxy war against Google and its Android operating system. And the voice assistant technology Siri is powered by Bing, not Google. A diminished Google would benefit Apple as the two compete in more and more sectors.

However, Yahoo would have to offer a high-quality product for Apple to make such a significant change. Yahoo is working on developing contextual search that would be more dynamic than Google’s offering, Re/Code reports. But it will be a tall order to unseat the reigning king of search engines. 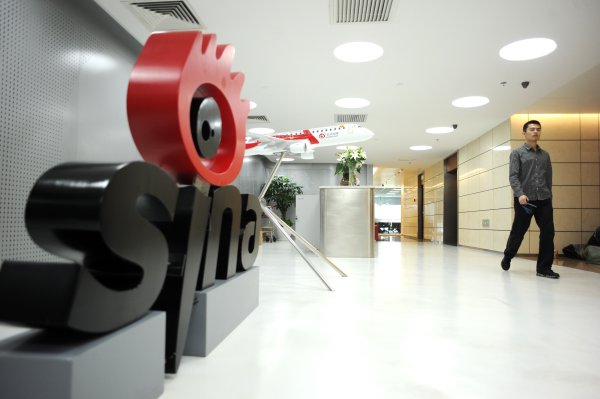 Everything You Need to Know About the Chinese Version of Twitter
Next Up: Editor's Pick