Getting fired probably doesn’t sting as much when you’re getting paid $58 million to walk out the door. Just ask Henrique de Castro, Yahoo’s former chief operating officer, who got a cushy severance package after a 15-month stint at the company. de Castro received $1.14 million in salary and bonuses, as well as a whopping $56.8 million worth of Yahoo stock that was part of the “make-whole” clause in his contract that guaranteed him considerable pay in the event he was terminated.

de Castro, who was personally poached from Google by Yahoo CEO Marissa Mayer, was sent packing in January. “Ultimately, Henrique was not a fit and that’s a very regrettable conclusion,” Mayer told analysts after she fired him. (She has yet to replace him.) But de Castro’s compensation for 2013 far eclipsed that of Mayer, who made $24.9 million in salary and stock.

The eye-popping size of de Castro’s severance package is due to the fact that Yahoo’s stock price more than doubled during his short time at the company. Yahoo has benefited considerably in recent years from its 24 percent stake in the rapidly growing Chinese e-commerce giant Alibaba, which is planning a mega-IPO in the U.S. later this year. Yahoo’s initial Alibaba investment, made in 2005, predates both de Castro’s and Mayer’s time at the company. 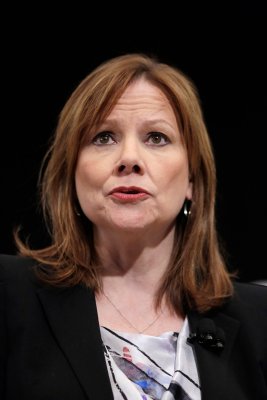 GM Has a Plan to Prevent Another Recall Debacle
Next Up: Editor's Pick