Japanese pitcher Masahiro Tanaka, who signed a seven-year, $155 million contract with the New York Yankees last month, didn’t waste any time when it came to spending some of that newfound wealth: on Sunday, he chartered a brand-new Boeing 787 Dreamliner to fly himself and six other passengers from Japan to New York’s John F. Kennedy International Airport.

Total cost of the flight, chartered from Japan Airlines? $200,000, the New York Times reports. FlightAware, which tracks commercial flights, had no data available for the journey.

The 787, Boeing’s newest jet, is a twin-engine super-modern aircraft with anywhere between 210 and 330 seats, depending on how airlines choose to configure them. Tanaka, not the Yankees, made the unusual call to charter a jet typically filled with at least a couple hundred people, the Times reports.

Why rent a 787? Tanaka’s due to make his pinstripes debut this week, and he wanted to beat a snowstorm currently impacting travel in the U.S. — but that doesn’t totally explain why he didn’t charter a more reasonable long-range jet for the journey. The aircraft also didn’t carry any passengers on its ferry flight back to Tokyo, making Tanaka’s adventure far from the greenest of travel arrangements. 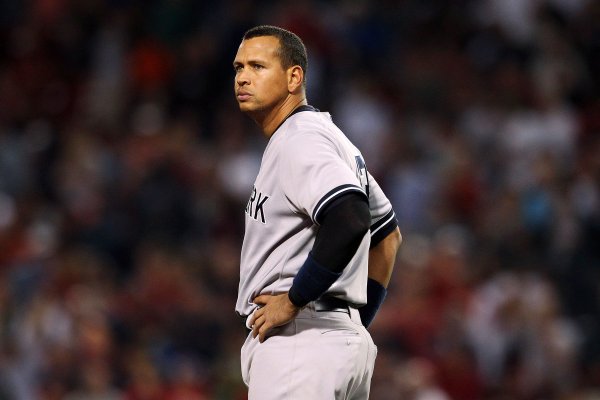 The Persecution of Alex Rodriguez
Next Up: Editor's Pick