Should Schapelle Corby Really Be Paid $2.7 Million for an Interview?

Australia has always had a soft spot for villains. From war criminal Breaker Morant to bushranger Ned Kelly, to hit man Mark “Chopper” Read, the nation has a penchant for casting aside inconvenient historical facts and elevating its most notable killers and thieves into folk heroes a la Robin Hood.

The newest addition to this pantheon of larrikin lawbreakers is 36-year-old Schapelle Corby. A former beauty-school student from Queensland’s Gold Coast, Corby hit the spotlight in October 2004 when she was arrested by Indonesian custom officials attempting to smuggle 4.2 kg of high-quality hydroponic cannabis into the holiday island of Bali.

Since that moment, debate has raged in Australia over the relentless claims that Corby was the innocent, unintended victim of corrupt baggage handlers. Much has also been said over the severity of her sentence handed down in 2005 — 20 years in a filthy, cockroach-infested prison. Then there’s the colorful sideshow surrounding Corby’s paparazzo-punching sister Mercedes. In 2008, she successfully sued a tabloid-style current-affair show for implying she was a drug dealer. She also stripped for a men’s magazine.

The Corby bandwagon reached fever pitch on Monday when Schapelle was released on parole, after serving nine years, in an anarchic scene reminiscent of the media circus that plagues a Miley Cyrus or Harry Styles. Protected by dozens of Indonesian police officers, with her face concealed behind a shawl, Corby was forced to run a raucous gauntlet of paparazzi outside Bali’s Kerobokan Prison who then pursued her on motorbikes as she was driven to a corrections office to sign her release papers.

Corby will reportedly collect a $2.7 million fee for a forthcoming interview with an Australian TV station that has put her up in a private villa in the upscale beach town of Seminyak. The first clear (and obviously stage-managed) photograph of Corby drinking a beer inside the villa was sold to Woman’s Day on Tuesday for a cool $18,000.

This follows a never-ending conga line of magazine articles, an autobiography that sold 100,000 copies, a second book by an investigative journalist that claims Corby took the fall for her late father who had a history with drugs, and a half-baked telemovie that aired nationally in Australia the night before her release.

Yet the question begs: Why has Corby attracted so much sympathy at home, while fellow Australian drug smugglers serving protracted sentences overseas — including members of the heroin-smuggling gang known as the Bali Nine, two of whom are awaiting execution in Bali — remain virtually unknown?

Sydney-based celebrity reporter Josie Gagliano says Corby’s girl-next-door good looks and white-picket demographic have played a crucial role in her stardom. “She’s a young, attractive, free-spirited woman with the world at her feet — an everyday person that could have been any of us or our daughter or sister who suddenly ends up in jail overseas,” Gagliano says.

Andrew Hughes, an academic who researches emotional responses to marketing at the Australian National University’s College of Business and Economics, says Corby’s fame lies in the uncertainty of her guilt. “She is one of those polarizing figures where one camp is convinced she’s innocent and the other thinks she’s guilty as all hell,” he says. “She’s like the white-collar criminals on The Wolf of Wall Street. We know what they’re doing is wrong, but we can’t stop watching.”

(MORE: Australia and Indonesia Find It Hard to Make Up)

Meanwhile in Indonesia, where Corby is viewed as a common criminal, her release has received only negative attention.

“The general Indonesian community don’t care, they don’t even know who she is,” says Ross Taylor, president of the Perth-based think tank the Indonesia Institute. “They’re far more concerned with volcanoes erupting and forcing tens of thousands of people from their homes. When this story has gained a mention, it’s been over concern Westerners are getting favorable treatment in the Indonesian legal system compared to young Indonesian drug traffickers serving life sentences.”

For time being, Corby would be advised to keep a lower profile. Kerobokan Prison governor Farid Junaedi has already warned that it would be “stupid” for Corby to give interviews while on parole. A local backlash is also building over the extravagance of her fee and the luxurious nature of her postprison accommodation. Many on the island believe she should be living at the home of her Balinese brother-in-law, who is her parole guarantor.

Corby must remain in Bali for another three years as a condition of her parole. If and when she does go home, she could be pursued by the Australian government under laws that prevent its citizens from profiting from crimes. But that won’t stop the continuation of Australia’s decadelong obsession with a beauty-school dropout who took a terribly wrong turn on the road while holidaying overseas.

“Interest in Corby may wane a little, but we’re still going to want to learn about her parole interviews, about her boyfriends and whatever else she’s doing,” says Gagliano. “And in 2017 when she’s free to leave Bali, then a whole new frenzy will start again. Corby is going to command more and more attention.” 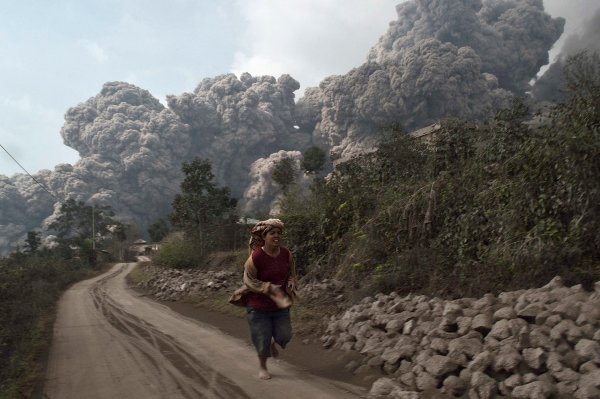