Atlanta Mayor Kasim Reed listens to a question about the city's response to the snow storm during a news conference Wednesday, Jan. 29, 2014 in the Governor's office at the State Capitol in Atlanta.
Ben Gray—Atlanta Journal-Constitution/AP
By Josh Sanburn

Consider it a test run. Two weeks ago, Atlanta mayor Kasim Reed became a late-night punchline for his city’s response to a winter storm that stranded commuters along Interstates, inside schools and on the floors of convenience stores despite just a few inches of snow accumulating. Hundreds of people were injured and officials reported one storm-related death.

The city’s inability to handle a winter storm turned its leaders into a national joke — a picture of a highway gridlocked in one direction and empty in the other that called to mind the AMC zombie apocalypse show “The Walking Dead” didn’t help matters — and Reed and Georgia Governor Nathan Deal blamed each other for the region’s preparedness problems.

On Wednesday, another severe storm is set to hit the area. Reed tells TIME that Atlanta is ready for this one. Seriously.

“We’ve doubled out capabilities since the last storm,” Reed says.

Since then, Atlanta has increased the number of snow plows and spreaders to 125 from about 60 while also stocking up on 3,000 tons of salt, sand and gravel. City officials encouraged people to buy groceries on Monday night well before the storm and they’re recommending residents get somewhere they can stay for the next two days by 12 a.m. Wednesday.

Reed says his office also has been in frequent contact with Deal ahead of this storm, which will start as rain but turn into ice as temperatures drop on Wednesday. Georgia declared a state of emergency on Monday, and the city and state are telling residents to stay off the roads. Atlanta-area schools closed Tuesday and Wednesday.

“That’s really helped to make sure we don’t have the kind of situation where we had young people stranded in schools and parents trying to get their children out of schools, which really contributed to the kind of traffic issues that we had on our Interstates,” Reed says. “One of the things that we clearly could’ve done better was get people out of the city in an organized way.”

The mayor says he believes the areas Interstates will remain open – a decision in the hands of the governor – in part because emergency vehicles and equipment will need to access them. Images of bumper-to-bumper vehicles stretching for miles as others were left stranded blanketed cable news and social media following the last storm. But this time, even though forecasters are telling the mayor that the coming storm could be the kind that comes along every decade or so, he expects the city to fare better.

“I think that by making decisions much faster,” Reed says, “during this event we’ll actually have access to the roads.” 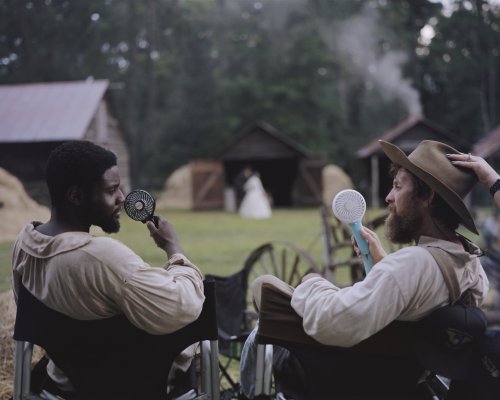 How Georgia Became the Hollywood of the South: TIME Goes Behind the Scenes
Next Up: Editor's Pick