Flipping through the thin pages of a dictionary, it can be hard to imagine the humans who actually put the thing together, deciding how each word would be defined and discovering how it trickled down through history. It is likely even harder to imagine the lexicographer who has studiously slaved away at identifying and defining more than 1,000 slang terms for penis and vagina over the past 20 years, as well as 1,700 for sex. But he exists.

Picture a British man in the middle age with a thick, quick accent and big round glasses (or look at him in the delightful short above by Ireland-based filmmaker Jenny Keogh). This is Jonathon Green, the lexicographer behind the most comprehensive dictionary of slang ever published, and he’s just written a memoir recounting how he made it from his mother’s womb through the drug-addled ’60s to eventually produce Green’s Dictionary of Slang. TIME spoke to Green about his new book, Odd Job Man, and asked what secrets of slang he had uncovered over the years. Here are a few legit hot tickets:

Slang is always older than you think.

Take the word booze, as in jick, jupe, John Hall, hooch, bivvy. You know, a buck-up. In his research, Green found evidence of booze being used as slang for alcohol as early as 1674. And he recently found an example of dis, as in slang for disrespect (“Ohh, that was a cold dis.”), in a 1906 Australian newspaper — evidence that the word is about 80 years older than people thought.

Your slang isn’t that different from your parents.

Watching an old movie where people are calling things groovy or talking about sealing the deal (as in parallel parking — elbow, elbow) might seem a million miles from ratchet and swerve. But Green says, the basics stay the same. “The new young people’s slang is basically the same as the old, old people’s because it’s still the same old themes,” he says. “It’s about drink, and it’s about drugs, and it’s about sex. It’s about parts of the body and what we do with them. It’s about being rude to other people … These things do not change.”

Slang reveals a darker side of humanity.

Green says other common themes in slang, going back for centuries, are racism, misogyny, homophobia and so on and so forth. “If you look at it in Freudian terms, it’s like the id. It’s this unmasked side of ourselves,” he says. In his dictionary, there are about terms 5,000 related to crime, thousands describing drugs and hundreds for ugly, mad and stupid. “If you try to look up caring and sharing and compassion,” Green says, “you’re going to be looking for a long time.”

Slang is all about secrets.

There is a rich world of slang related to crime because criminals have always needed a way to secretly talk about their illegal shenanigans, Green explains. There is a rich world of slang that young people use because they have long desired to keep things from their prying elders. The secrecy of slang can be positive, too, a statement of solidarity in a group that might be ostracized by a more powerful one — whether that’s a clique of nerdy kids in a high school or African-Americans circa 1960. “Slang is a counter-language,” Green says, “the sort of language that is spoken by marginal groups. They may criminal, they may be teenagers, they may be drug addicts. They may be whatever. But these are people who use anti-languages.”

Nobody really knows how most slang is spelled.

Much of language, Green says, “starts in the mouth.” Slang terms are often spoken first and written later, which means the “correct” way to spell something like ridonculous or cray-cray or sleazycheesin’ (i.e. taking drugs and wandering in pursuit of women willing to have relations with you) is really anybody’s guess. Green provides the example of moniker, a slang term for someone’s name, which has more than 20 spellings, from monoger to monicker, listed in the dictionary.

All slang dictionaries are not created equal.

Green bristles a bit when speaking about Urban Dictionary, the online, user-generated database of slang. He says he met the founder, Aaron Peckham, who questioned why an old man like Green should be telling young people what slang means, when young people are the ones using that slang in the first place. “It’s a very seductive theory,” Green says. “But the trouble is, when you see it in the Urban Dictionary, what you’re seeing is stuff that is patently nonsense.” He believes a dictionary has to have some oversight and authority, especially for the people who aren’t so hip. “When you’re not the kid who uses it in his circle of friends, but you come across it in a book, you need to be able to go somewhere upon which you can depend,” he says.

“People like the stories behind the words,” Green says, “And they like the fact, when it comes down to it, that it is about sex and drugs. It’s a bit naughty. It’s a bit rebellious. It’s a bit different.” Lately, Green has created timelines of such naughty words, showing when people first started using certain slang terms for sex and naughty bits, which will amuse no end and are definitely NSFW. “Slang doesn’t take any prisoners. Slang is very uncompromising,” says the lexicographer. “I love it. It’s much braver than I am.”

Odd Job Man (336 p.) is out this month from Vintage Digital, an imprint of Random House. 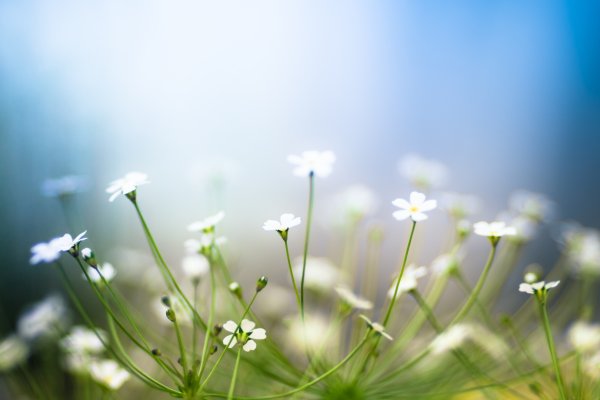 Why It’s Called an ‘Equinox’ and Other Delightful Spring Words You Should Know
Next Up: Editor's Pick