How Breakfast Became the Most Important Meal of the Day

Fast food chains generate the vast majority of their revenues during the lunch and dinner hours. So why does it seem all the industry’s biggest players care about lately is breakfast?

It’s been a nasty couple of weeks in the fast food world. Not due to any new “pink slime” type scandals, but thanks to an increasingly aggressive, in-your-face ad and social media showdown between Taco Bell and McDonald’s. The war is all about breakfast, and it kicked off when Taco Bell featured Ronald McDonald—actually, a whole bunch of guys really named Ronald McDonald, not the McDonald spokesclown—in a commercial giving Taco Bell over-the-top endorsements for its new breakfast.

McDonald’s countered by enticing the morning crowd with a promise of free coffee for a couple of weeks, followed up more recently by the launch of the McGriddle as a tempting new pancake-wrapped alternative to Taco Bell’s waffle-wrapped breakfast taco. The battles have continued on with braggy Tweets and more ads, and while plenty of smack has been talked, there’s something contrived about all of the bickering. Both of the combatants involved, of course, are well aware that they both stand to benefit thanks to the attention showered upon them.

What’s somewhat overlooked amid this colorful smackdown is that the players are fighting about a meal that has traditionally been something of an afterthought for fast food—but that has taken on enormous importance lately.

It’s not just Taco Bell and McDonald’s duking it out over breakfast. As Nation’s Restaurant News summed up earlier this year, Starbucks, Dunkin’ Donuts, Jack in the Box, and sister chains Hardee’s and Carl’s Jr. have all stepped up their breakfast game recently, rolling out new marketing campaigns and introducing new menu items. Likewise, Businessweek took note of White Castle’s new Belgian Waffle breakfast sandwich, which is available not only in the morning like you’d guess, but after midnight for the chain’s celebrated late-night munchers.

Why does it seem like breakfast has become the most important meal of the day among fast-food competitors? Why is it that the traditional marquee battlegrounds, lunch and dinner, seem to have taken a step back in terms of fast food priorities?

The answer is simply that throughout the fast food world, lunch and dinner sales have been flat for years, while breakfast sales have climbed steadily—up 4.8% annually from 2007 to 2012, according to The Motley Fool. Meanwhile, the food and beverage research firm Technomic just reported that fast food “burger chains have finally reached maturity” in the U.S., with minimal or nonexistent growth it terms of both sales and number of locations.

When it seems impossible for fast food outlets to increase sales during lunch and dinner, and it also seems impossible or at least infeasible to create more fast food franchise locations, there’s still one way to boost sales—and that’s to pull in more customers into existing restaurants at times other than the usual lunch and dinner periods. These other “dayparts,” as they call them in the business, include the post-dinner time, which has gotten a push with late-night menus and greasy “craver” snacks, and, of course, breakfast.

“This decade, visits to restaurants have slowed, and especially during the recession they declined for two years—but the morning meal was the bright spot,” said Bonnie Riggs, a restaurant analyst for NPD, which released a study earlier this year indicating breakfast sales increased 3% in 2013 across the entire restaurant industry, according to QSR Magazine. “It continues to grow strongly while the other dayparts are not.”

And why has breakfast been the anomaly? The frantic, on-the-go, no-time-to-cook nature of modern life is one reason. The Egg McMuffin-unemployment connection offers another explanation, showing a correlation between fast food breakfast sales and the jobs market. Basically, the theory holds that more people swing by the drive-thru in the morning when they actually have jobs to drive to—and when they’re jobless, there’s less reason to get out of bed, let alone feel compelled (or financially able) to fork over cash for a prepared morning meal.

What’s interesting is that the post-recession era has been notable in that the unemployment rate has declined, and that a disproportionate number of the jobs created lately have been low-paying gigs. Both of these factors actually bode well for restaurant breakfast sales because 1) when people have jobs, they’re more likely to eat breakfast out of the house on the way to work (see above); and 2) breakfast is the most affordable meal to eat at a restaurant, so it’s more within reach of today’s typical low-wage worker.

“It’s the cheapest meal you can get at a restaurant outside of a snack,” said the NPD’s Riggs. Among consumers, demand is high and rising for a fast, inexpensive restaurant breakfast, so it’s understandable that so many players in fast food want to win the battle for this growing, increasingly important time of day. “Those who are best able to meet consumers’ wants and needs at that daypart are the ones that will win market share.” 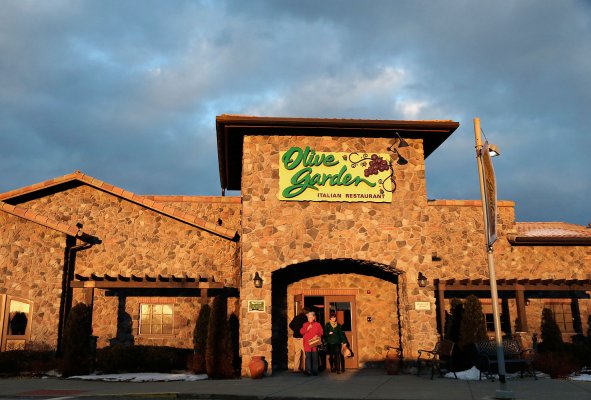