My friends and family probably don’t know this, but I have photos of them on Google+ stretching all the way back to October 2011, when I bought a Samsung Galaxy S II and set up automatic photo backups.

These photos aren’t public, and the vast majority of them are visible to no one except me. That’s because I haven’t bothered to share them.

The reason is not complicated: Most of the people I know don’t actively use Google+, so sorting through and sharing my photos on Google’s social network would be a waste of time. Still, I auto-upload my photos anyway, using Google’s unlimited storage (for images of 2048 pixels or less) as a glorified backup service.

The recent addition of Google+ photo attachments in Gmail may be a sign that Google has recognized the fate of its own network. Instead of forcing people to share photos through Google+, Google is now letting Gmail users attach photos directly to their messages, using a new “Insert Photo” button at the bottom of the email. As a way of sharing photos I’ve snapped from my phone, it’s incredibly convenient.

I will be considerably more likely to share my auto-uploaded photos over email than Google+. Sharing images via email is more private, more convenient and less proprietary. I know my recipients won’t have to visit Google+ or even have a Gmail account to view the images I send. And on my end, I’ll no longer have to wade through the Google+ interface just to find a photo, download it and re-upload it again.

There are now more ways than ever to auto-upload photos to Google+. The latest version of Android includes a new “Photos” app, separate from the main Google+ app, that can automatically upload camera images. In December, Google released an auto-backup desktop app for Windows and Mac. And in October, the Google+ iOS app gained background uploads, allowing users to back up their photos without having to periodically re-open the app.

But without a good way to share those photos, users are essentially stuffing their pictures in a dusty closet, and Google is just wasting server space. By liberating automatic photo uploads from Google+, Gmail is making those photos more social than they ever were on Google’s social network. 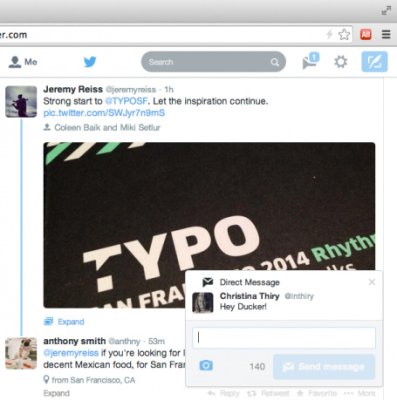