If Dungeon Keeper Mobile's Rating System Is "Innovative," Can We Stop Innovating?

Innovation — that hydra-headed cliche of a word — comes in many guises. You might describe what the NSA’s been up to as innovative. Google’s policy of scanning everything you do, since you’re doing it on its turf and dime, is arguably innovative. And certainly what marketing arms across the product-service spectrum have been doing in an always-connected, activity-cataloged, behaviorally-scrutinized era has the tinge of pioneering to it.

Like figuring out how to get players to either leave full marks on an app’s official store page, or sidestep a star-rating entirely — a little trick Electronic Arts comes close to perfecting with freemium Android and iOS game Dungeon Keeper Mobile.

No, not the fascinating PC-only real-time dungeon-delver Peter Molyneux delivered while heading up Bullfrog back in 1997. That’s one of my favorite real-time strategy games going. I haven’t tried this one, crafted by EA subsidiary Mythic Entertainment (Dark Age of Camelot, Warhammer Online), thus read none of this as commentary on the game itself, which may be terrific for all I know (though Molyneux’s apparently no fan).

But if you’re playing the Android version and you want to rate the game, DK Mobile — noticed by a player, verified by Gamasutra and confirmed by EA — offers an in-app screen that lets you “rate your experience.”

“Enjoying Dungeon Keeper?” asks the game, followed by a goofy-sounding appeal: “5-Star ratings from you help us provide free updates!” I don’t see how the latter factors, short of an incentive mechanism whereby the design team isn’t funded (or allowed) to provide free updates without five-star feedback. That’s followed by the question “How would you rate Dungeon Keeper?” below which you’re offered a button that reads “1-4 Stars” and another that reads “5 Stars.” Two buttons, not five — five stars, or bust.

In logic circles, I believe this is what’s known as Hobson’s choice: take it or leave it. If you leave it, EA redirects you to a feedback form, and no star rating is registered. If you still want to leave a lower-than-five-star rating, you have to go to Google’s Play store directly to do so. That this is an option many players probably won’t realize they have, as it involves circumventing the game, seems to be lost on whoever designed DK Mobile‘s bifurcated ratings interface.

Defending itself, EA told Gamasutra “We’re always looking at new ways to gather player feedback so that we can continue to improve our games. The ‘rate this app’ feature in the Google Play version of Dungeon Keeper was designed to help us collect valuable feedback from players who don’t feel the game is worth a top rating.”

The point, says EA, is to “make it easier” for players to fire off feedback in-game.

But if that’s really the point, why not split your in-game feedback button out from your in-game ratings system? Why mash them together and turn the whole thing into a bait-and-switch? If all you want is player feedback, why appeal explicitly for a five-star rating (and dangle a “free updates” carrot)? And why not let the user leave the lower-than-five-star rating in-game, then manifest your feedback screen?

Spin it any way you like: It feels deceitful. You’d think by now there’d be some sensitivity to this, given consumers’ heightened sensitivity to manipulation. You’d think the potential negative publicity might outweigh the perks (in a crowded, noisy marketplace) of your product being noticed. You’d think companies would have more respect for their customers.

But who knows. Maybe the game’s selling in droves because of rubberneckers, and the “no such thing as bad publicity” adage applies.

I understand that drive-by feedback is a problem. People sometimes leave low star ratings for bizarre reasons. Others use star ratings to punish companies for an unrelated perceived slight instead of rating the product on its own merits. So I salute EA’s desire to increase customer engagement beyond a one-click, nondescript vote. But this isn’t how you do that. This is how you upset customers and undermine trust. If EA has any sense, it’ll remove the feature from the Android version of DK Mobile, or at least tweak it so players can leave their star mark in the time-honored fashion if they so choose. 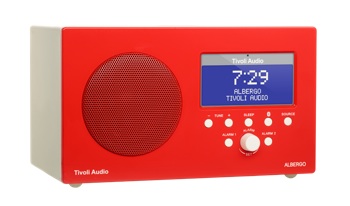