The Internet got collectively teary-eyed over Tuesday’s viral video about the “World’s Toughest Job,” which is—surprise!—motherhood. The video, which turns out is actually an advertisement for Cardstore.com, comes from that Dove Beauty model of feel-good videos that you don’t know are ads until it’s too late and you’ve already shared it on Facebook. And with almost 8 million views in less than two days, it’s safe to say that millions have emailed the link to their moms with some XOXOs and a laundry question or two.

But the cutesy ode to motherhood doesn’t do the “profession” justice. And even worse, the video makes it sound like being a dad consists of an occasional game of catch and an awkward sex talk in comparison. By fetishizing all the things moms do for their kids, we’re forgetting that both parents are responsible for their children, and we’ve put the burden of care solely on the women. This ad shouldn’t be about motherhood, it should be about parenthood.

MORE: What Stay-at-Home-Moms Need: Dad to Do the Dishes

The idea that the 135-plus hour work week, the lack of breaks and holidays, the sleepless nights and the constant vigilance is just for moms and not for dads is part of the reason moms have it so rough. Maybe if this was an ad for fathers, moms could take a lunch break once in a while. But don’t keep your fingers crossed for a Father’s Day version.

The “World’s Toughest Job” ad is a token of appreciation, which is nice, but you’d think those 8 million views could have gone toward something that could actually help moms in a tangible way, like the Paycheck Fairness Act or more affordable childcare or workplace flexibility. But even if Cardstore.com wants to stay in the neutral warm-and-fuzzy area popular with greeting card companies, they could have at least expanded it to include the 189,000 stay-at-home dads who were their kids’ primary caregivers in 2012, or celebrated the millions of other dads who do just as much for their kids as moms do.

Not to mention that the whole idea of motherhood as a “job” is a touchy subject. That was a major weapon in the Mommy Wars, when stay-at-home mothers argued that their “jobs” were much more important than any workplace career, which was a backhanded jab at women who chose to work in an office. Since a recent Pew Study shows that the number of stay-at-home moms has increased to 29% after decades of decline (although mostly among women who can’t find jobs,) we might be seeing a resurgence of this idea.

We already have a serious motherhood fetish, we don’t need schmaltzy ads making it worse. Let’s spread some of this mom-love towards the dads who do just as much. 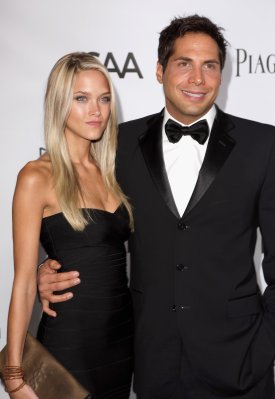 Girls Gone Wild Founder Made Sure His Kids are Girls
Next Up: Editor's Pick