What Philip Seymour Hoffman's Sponsor Could Have Done for Him

A haunting writeup in The New York Times Thursday detailed how actor Philip Seymour Hoffman spent his last days after relapsing back into heroin addiction and leaving the home he shared with his partner, Mimi O’Donnell, and their three children.

Though he was surrounded by people as the end drew near, the Times piece describes how Hoffman was ultimately “a man who died alone”—which is sadly not uncommon for addicted people. Notably included was a quote from a member of the Twelve-Step program Narcotics Anonymous (NA) regarding what the actor said at a December meeting. Though speaking about what was said by a specific person meeting is an unusual breach of protocol, the incident has got people thinking about what goes on in NA meetings and the idea of members “sponsoring” each other to support recovery.

As a former heroin and cocaine addict who has covered addiction and recovery for over a quarter century, I’d like to stress that I am writing here as someone with knowledge of the field and not as a member of any program. There are many routes to recovery and Twelve-Step programs are just one.

Although touted as an essential element of Twelve-Step recovery, the guidance given to sponsors is extremely vague. There is no requirement for having a certain amount of time drug-free, although at least 90 days is typically required and, most commonly, at least one year. Moreover, there are no specific guidelines related to the amount of contact people should have with their sponsors and the type of advice that should be given at any particular time. An NA pamphlet puts it this way:

From the outside, the idea that a more experienced member should sponsor someone who is new or has recently relapsed looks like a way to help the newcomer. But, in fact, Twelve-Step literature explicitly says that this is not the purpose, although it is obviously a welcome result. The sponsor-sponsee relationship is predicated on the assumption that “‘the heart of NA beats when two addicts share their recovery,’” and “sponsorship is simply one addict helping another. The two-way street of sponsorship is a loving, spiritual, and compassionate relationship that helps both the sponsor and sponsee.”

In practice, of course, this means that sponsors do give advice and support to newcomers—and anyone who has spent time around people in recovery knows that they will often go to enormous lengths and spend much of their time to try to help.

But the pamphlet also notes that a sponsor is not “a legal advisor, a banker, a parent, a marriage counselor, or a social worker. Nor is a sponsor a therapist offering some sort of professional advice.”

Unfortunately, many sponsors do provide medical advice, which can pose a problem for people whose issues are complex and who require psychiatric care, not just group support, which is at least half of all people with addictions. Both NA and Alcoholics Anonymous have had to warn [PDF] members not to “play doctor” in this way since suicides have occurred when people stopped taking needed medication. While recent years have brought greater acceptance of medication use, the issue of clashing advice from sponsors and professionals remains.

This issue is most acute when it comes to the long-term use of medications like methadone or Suboxone to treat heroin and other opioid addictions, NA sponsors have traditionally viewed this practice as “not recovery” and as violating the program’s basis in complete abstinence because these medications are themselves opioids. But research shows that these medications can cut death risk for people with heroin addiction by around 70% [PDF]—and some have argued that the stigma against maintenance is part of what killed Hoffman.

NA has struggled for years to address the controversy, traditionally not permitting those still on medication to share in meetings, be sponsors, or hold leadership positions. In many NA groups, such people are seen as having no days in recovery until they stop maintenance. As of 2007, however, the organization has taken the position [PDF] that it is up to individual groups to determine whether people on maintenance have equal status.

As all of this illustrates, addiction and recovery are complicated. There simply is no one true way to get better. Consequently, the humble stance advocated in the Twelve Steps (and perhaps practiced more in the breach than in the appropriate spirit) is a good recommendation both for those who act as sponsors and for anyone else trying to cope with addiction.

MORE: Amy Winehouse and the Pain of Addiction 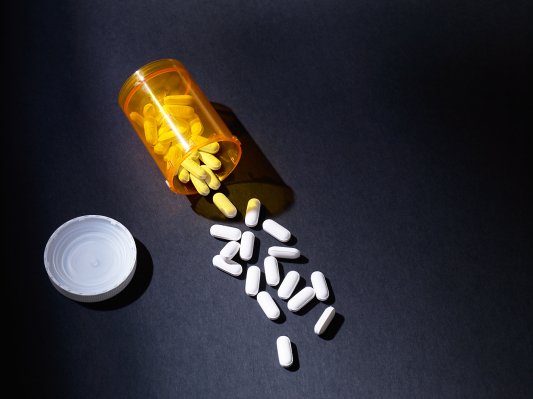 These Are the 10 Most Deadly Drugs
Next Up: Editor's Pick