In India, 150 Million People Will Be Voting For The First Time This Year

It’s Thursday afternoon at the Youth Ki Awaaz (Voice of the Youth) office in New Delhi, and around ten young undergraduates are in deep discussion, brainstorming ideas for a voting drive known as the Youth Elect 2014 campaign. It’s been a busy month, with most of them putting in at least 35 hours a week – stolen from their social lives and impending examinations in May – to organize Google Hangouts, opinion surveys, and other initiatives to help young voters make informed choices for the elections, which began on April 7.

The 2014 elections will see around 150 million voters, between the ages 18-23, head to the voting booths for the first time. As a voting class, young Indians have traditionally been apolitical. This year, however, they seem unequivocal about change.

“One of the biggest demands by young people is their participation in governance,” says Anshul Tewari, the 23-year-old who in 2008 founded Youth Ki Awaaz, as a platform for young people to discuss issues important to them. “They want to be a part of the system that decides for them.”

Events of the recent past – anti-graft protests in 2011 and mass demonstrations against sexual violence, sparked by the horrific Dec. 16 gang-rape and murder of a 23-year-old medical intern in New Delhi — have transformed this one-time dispassionate generation into a politically sensitized group.

There have been other catalysts too. “Expenses are running out of hand,” says Azad Singh, a 23-year-old state gold-medal wrestler and first time voter from New Delhi. Rising inflation means his special athlete’s diet is bleeding him dry. We’re not talking about expensive protein shakes and supergreen food supplements, but a few kilograms of almonds every month and four liters of milk a day. Which is a lot of milk, but it ought to be within the grasp of somebody who self-describes as “middle class.” He says: “I want a leader who can fix all these.”

Young people want better security for women (“I am a young girl who is teased by lecherous men everyday on the roads,” says 20-year-old Anwesha Dhar, a student of English from Kolkata). They want a sustainable development model (“Small towns and villages grapple with poverty and ignorance every day,” says Mayank Jain, 20, final year student of business studies at Delhi University). They wnat basic human rights (“Child labor, malnourishment, trafficking are all pervasive and appalling and need immediate action,” says Meghana Rathore, 20, a political science student from New Delhi).

Issues like gay rights too, which hadn’t bothered young Indians much in the past, are important this year. The Supreme Court made gay sex a criminal offense in 2013, overturning an historical judgment by a lower court that had decriminalized homosexuality in 2009. “There has to be a change in the way society looks at us,” says a 20-year-old, gay student of fashion design, Shadwal Srivastava. “That can only come from raising awareness and stopping the comic and often trivial portrayal of gay people in television and movies.”

It is a heartening sign for the Indian democracy that first time voters like Srivastava are more forthcoming with their ideas on politics, politicians and their expectations. Wooed by political parties across the board as an important vote bank, they have been swayed equally by anger against the ruling Congress party, the rise of the opposition Bharatiya Janata Party’s prime ministerial candidate Narendra Modi, and the emergence of neophytes like Arvind Kejriwal, a middle class Indian who claims to represent the common man with his anti-graft Aam Aadmi Party.

“A few years back I thought my vote didn’t matter,” Srivastava says. “Today I know better. If we want change, we will have to work towards it.” 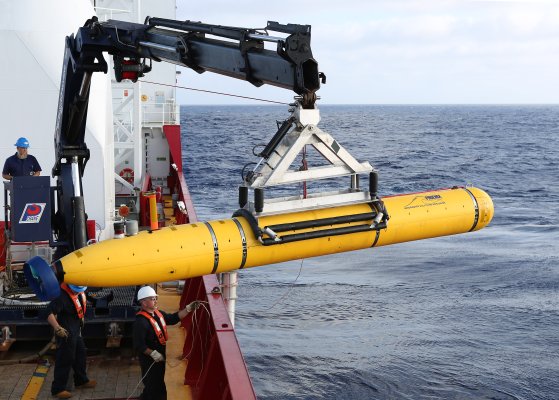 The Reason We Can’t Find the Missing Jet
Next Up: Editor's Pick