John Raimer stands in front of his trailer that he lives in as he leads at the West Long Term Recovery team in West, Texas, on April 1, 2014.
Max Faulkner—Fort Worth Star-Telegram/MCT/SIPA USA
By Eliana Dockterman

The lack of action comes even after President Barack Obama ordered federal agencies to review chemical safety rules in the wake of the incident. Agency officials say they’re considering revising ammonium nitrate storage rules, as well as changing the chemical handling and processing rules. Any significant changes, they say, will likely take years.

Debate over the ideal safety changes to implement remains ongoing. The Institute of Makers of Explosives believes that storing chemicals in wooden buildings, for example, is an unsafe practice, while the Agricultural Retailers Association argues that switching away from wooden buildings would be too costly. Texas Gov. Rick Perry, meanwhile, has cautioned against adopting new rules before the state completes its investigation of the incident. Perry has not specified when those findings will be released.

Texas State Fire Marshal Chris Connealy told the Wall Street Journal that his office has identified 26 facilities in the state that store large amounts of fertilizer in conditions that could lead to an explosion similar to the one in West.

Of the 15 people killed in last year’s explosion, 12 were volunteer firefighters responding to the incident. Legislators suggested at a hearing Monday new rules that would force the volunteer fire department to better prepare first responders for chemical emergencies such as the one that struck West. 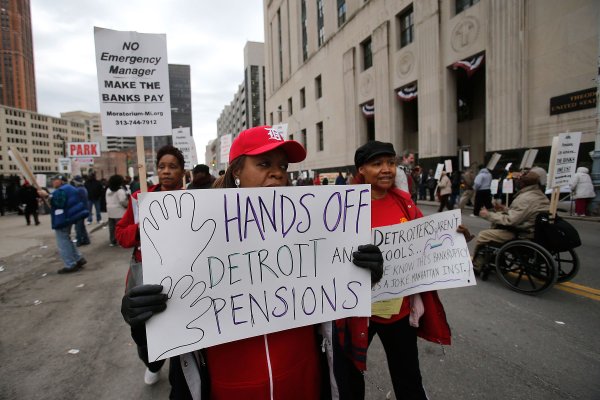 Detroit Cuts Deal With Retired Police and Firefighters
Next Up: Editor's Pick