Language Skills Improve When Parents Talk to Their Preemies

Language and conversation is our lifeblood. And that’s even true, scientists say, if one of the “speakers” may not have fully developed language skills.

Led by Dr. Betty Vohr, a professor of pediatrics at Brown University, researchers found that premature babies in the neonatal intensive care unit (NICU) benefited when their mothers spoke to them in attempts to engage them in conversation, compared to if their mothers simply stroked them or if the babies were primarily around nurses who talked about or around them but didn’t address the babies directly.

Vohr and her team studied 36 preterm infants and made 16-hour recordings when they were 32 weeks and 36 weeks old. The 32-week-old babies were born eight weeks before their mother’s due date, and the 36-week-old infants were delivered four weeks shy of their expected birth date. When the infants were 7 and 18 months old, the researchers tested their cognitive and language skills, including their ability to communicate by receiving and expressing themselves, first with vocalizations and eventually with their first words.

“To me, it’s amazing that eight weeks before their expected delivery, the role of the parent is so powerful in predicting language outcome,” says Vohr.

Previous studies have documented that hearing and responding to speech is critical for normal language development, and that premature babies are at higher risk of language delays compared to babies born at term. These deficits persist into school age and even into adolescence.

So the possibility that something as simple as having parents speak to their babies, even in the isolette in a NICU, can minimize such potential language delays is exciting. The results are intriguing because Vohr and her team were able to pinpoint what type of communication seemed to make a difference. They found that actually engaging the baby by addressing the infant – ‘Hi Joshua, mommy’s here’ – did better at 18 months than those whose mothers held them, but didn’t speak as much, or those who were cared for by nurses who talked mostly about their vital signs and other medical issues to other health care personnel.

Vohr says that although preterm babies can’t communicate with language, they do respond to attempts to engage them with vocalizations. Studies also showed that they turn instinctively to their mother’s voice after they are born, which presumably is familiar from their time in the womb. “Our conclusion is that it’s really important for moms to come into the NICU, and for them to talk to their babies,” says Vohr.

MORE: When It Comes to Preventing Preterm Birth, the U.S. Gets a ‘C’

What’s more exciting, she says, is that while most of NICU care involves the latest technology and expensive equipment, having mom or dad talk to their babies doesn’t cost anything. “This just really involves talking to moms and informing them that you have an important role here, and you can make a big difference for your baby,” says Vohr.

While the study was small, it’s results suggest that it’s worth investigating what role parents can play in improving their premature babies’ language development; Vohr says that the mayor of Providence, where she lives, is considering putting the program into practice in inner-city hospitals where preterm babies often go on to struggle in school. “We want to see if it can have broader impact on inner city school readiness,” she says. “That’s exciting.” 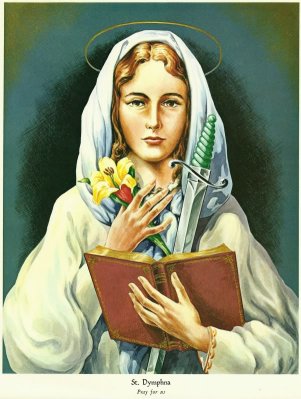 Let's Fire St. Valentine: 5 Saints for the Married
Next Up: Editor's Pick