This Is How the New SAT Will Test Vocabulary

Graduating seniors can throw their flash cards on the celebratory bonfire next year. When students sit down to try their pencils at the redesigned SAT in spring 2016, the questions about vocabulary are going to be different — remodeled and revised, and for champions of obscure words, perhaps transmogrified.

Students will no longer be rewarded for the rote memorization of semi-obscure definitions. Instead, the words that the SAT will highlight in vocabulary questions will be “high utility” words that students are likely to encounter in life and reading beyond those four hours in the testing location. Even the most studied students won’t be able to breeze through vocab sections, matching a word with definition B by reflex; they’ll have to read and gather from the passage exactly what a word means.

Here is an example of a old-style SAT question that students will not be seeing on the new exam:

You may have identified that (E) would be the right answer, raconteur coming from the old French word for relate. But answering such a question won’t be expected of aspirational high school students in the future.

One reason is that the one-sentence question provides little context, so it tests knowledge of knowing a word’s definition, not necessarily how to gather meaning from reading something. As Jim Patterson, executive director of assessment, says, “Students might well only know the word’s meaning from studying it in isolation, perhaps from an unofficial SAT preparation word list.” And memorization skills, the kind that would also put students in the position to know the definitions of the wrong answers in the above question, are not the skills the College Board wants to be testing.

In materials released today, the College Board says they’ll be concentrating on what are known as “Tier Two” words. That terminology comes from academics at the University of Pittsburgh, particularly Professor Margaret G. McKeown and Isabel Beck, who devised a system for classifying words into one of three tiers. Tier One words are those that kids will encounter naturally as they’re beginning to talk, like mother, ball, cup, food, run, walk, sit or bed. Tier Three words usually teach a new concept, are relevant only in a particular discipline and have one meaning, like isotope or asphalt or even piano. The Tier Two words go across domains and might have many meanings in different contexts. They appear more in text than in conversation, and they repackage concepts a child could understand on a basic level with more nuance.

In sample questions released today, the College Board gives this example:

The key point, as far as the College Board is concerned, is that intense is not only a word that students will regularly encounter but one that could mean A, B, C or D, depending on the context. A raconteur, by contrast, is a raconteur. The redesigned test will focus on deeply understanding more common words rather than being familiar with linguistic gems. Other Tier Two words, McKeown says, might be alleviate, consistent, coincide, congenial, indelible, discord, occur, mention, emerge, admit, perform, fortunate, require or maintain.

Though not consulted, she applauds the SAT shift. The method of teaching that she has championed for more than 30 years is that students need to go through three stages to learn a word: be taught a definition, be shown how the word is used and then use it themselves. McKeown believes Tier Two words are the ones that kids should be taught in school, given there is no “infinte time or brain space.”

“We don’t need to have a bunch of memorized definitions in our head,” McKeown says. “It’s an integration of the sentence and the word that’s going to help us. The more they have to integrate, the more that reflects what you need to do with a vocabulary as a reader.”

Ben Zimmer, executive producer of Vocabulary.com, a site with the mission of fostering and expanding vocabularies, also sees worth in the SAT changes. He is sympathetic to the College Board’s explanation that they can only test students on so many words and being able to understand the many meanings of intense is more pressing than understanding the single meaning of dilettante. “It’s necessary for them to be a little selective in what they emphasize,” he says. “You really need to appreciate the full range of meanings that a word can have.”

Zimmer, like the College Board, emphasizes that eliminating lachrymose or obsequious or punctilious from the SAT doesn’t denigrate the value of knowing such words. But it does mean that students will have to be inspired to want to know those words without necessarily getting points in return. 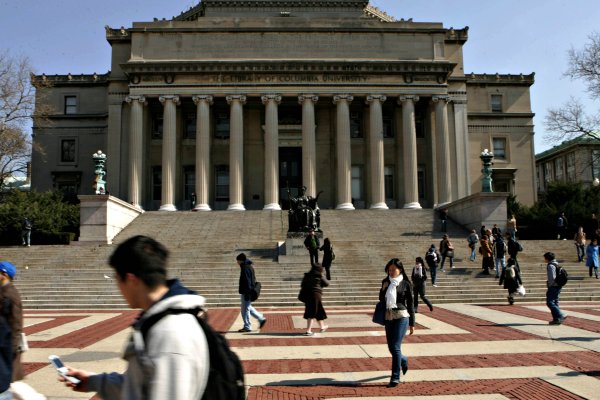 It Doesn't Matter Where You Go to College
Next Up: Editor's Pick