By the smallest of margins, Swiss voters passed a controversial anti-immigration law by referendum on Sunday, which returns strict quotas on migration from the European Union in spite of existing trade and labor agreements with Brussels. The verdict has been met with dismay by the Swiss government and business leaders, as well as E.U. officials who may now seek reciprocal, punitive measures that affect the importation of Swiss goods into the European market. “It means that Switzerland wants to withdraw into itself,” lamented French Foreign Minister Laurent Fabius.

Migrants make up roughly a quarter of Switzerland’s population and increasing fears over overcrowding and cultural dilution have led right-wing groups to push back using the country’s unique system of direct democracy. The Swiss People’s Party (SVP) has spearheaded earlier initiatives to ban burqas and the construction of minarets in the country; it championed the yes vote in this referendum. The SVP’s thinly veiled racial prejudice has raised eyebrows before, but its current success may embolden other ideologically similar Euroskeptic parties across the continent.

Still, many are not impressed. Not long after news of the referendum’s verdict emerged, a satirical German news site released this image in a blog post, which soon spread across social media. It shows what the highly regarded Swiss national soccer team would look like were it unable to select players from immigrant backgrounds.

The Swiss team qualified first in its group for the 2014 World Cup and ranked, surprisingly, as one of the top seeds going into the tournament. Its triumphant form is in large part due to a new generation of young, immigrant talent — including the ethnically Turkish midfield general Gökhan Inler and Xherdan Shaqiri, a budding superstar of Albanian descent born in the former Yugoslavia. The dynamic core of Swiss football is a direct product of outward-looking policies that accepted migrants and embraced the refugees of the 1990s Balkan wars. A thin majority of the country may resent the inroads made by traditionally non-Swiss groups in their society, but you’ll find few complaining when Shaqiri, Inler et al line up in their nation’s colors. 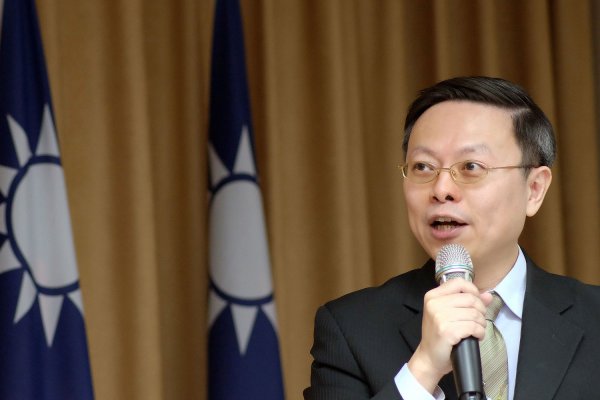 China and Taiwan Are Having Their Highest-Level Meeting Since 1949
Next Up: Editor's Pick