Major Reservations: Why Cities Are Worried About Airbnb

The Airbnb Inc. logo and application are displayed on an Apple Inc. iPhone and iPad in this arranged photograph in Washington, D.C., U.S., on Friday, March 21, 2014.
Bloomberg/Getty Images
By Katy Steinmetz

Using Airbnb in San Francisco and New York may not be so breezy by the end of this year. Right now, a visitor can hop on the site, find an apartment or house that a local isn’t using and click “Book It.” A few housekeeping matters later, a tourist has connected with someone willing to share their home, that host has made some extra money and Airbnb has taken a slice.

Like business models driving other companies in the sharing economy—whether they’re promoting the shared use of cars, tools or driveways—the basic idea is simple. The reality isn’t. In dense urban areas on both coasts, many transactions taking place on sites like Airbnb are technically illegal. In San Francisco, renting out an apartment in a building with more than three units for less than 30 days is not allowed. New York City has similar prohibitions. In both metros, hosts have been evicted for breaking the law (or clauses in their leases), and lawmakers are struggling to legitimize a business that provides income for residents and is loved by travelers but also causes problems.

“Clearly Airbnb and a few other companies are changing the universe of what people assume are their rights as residents in neighborhoods,” says New York state Sen. Liz Krueger, who helped write the law prohibiting short-term rentals in New York. “It’s challenging the model of business regulation and frankly it’s wreaking havoc in certain communities.”

There are people who unknowingly break their leases by using Airbnb and lose their apartments, she says. There are neighbors kept awake by partying tourists or made nervous by a revolving cast strangers on their floor. And there are residents who get displaced so that landlords can rent out their apartments full time on sites like Airbnb. “It’s not OK and it shouldn’t be OK,” Krueger says. “There are reasons most cities have specific laws for hotels.”

Other lawmakers think it should be OK—but with caveats. Two bills in the New York legislature, both currently in committee, would carve exemptions out of the law to help legalize shorter-term rentals in New York City. And on Tuesday, San Francisco lawmaker David Chiu proposed legislation that would regulate short-term rentals there.

Like one of the New York bills, Chiu’s proposal would create a registration system run by the city: all would-be “hosts” who want to rent out their homes would have to apply for approval and let the city keep certain information about them on file. The San Francisco legislation limits eligible homes to primary residences where locals live at least three-quarters of the year, a clause aimed at keeping landlords from displacing renters to use apartments like hotels.

David Hantman, Airbnb’s head of public policy, lauded the proposal in a blog post, but also wrote that “certain provisions… could be problematic to our hosting community,” like a “registration system that could make some of their personal information public.” Airbnb stresses that people abusing the system, which has been used by more than 11 million people, are exceptions in an otherwise happy home-sharing economy. In economic impact studies, Airbnb found that 82% of users share only the home in which they live.

In an attempt to find out more about what business transactions are taking place, the New York attorney general’s office has subpoenaed data on thousands of Airbnb users in New York City. It’s part of an effort to separate hosts who are using the service to essentially run illegal hotels from the “casual users who are doing this once in a while,” says Melissa Grace, a spokeswoman for the attorney general’s office. She says the 82% who are renting out only their primary residence could account for a much lower percentage of the total listings.

Airbnb is fighting to keep the information private, a move it says is meant to protect its users, and the two are currently in settlement discussions.

Another New York law currently prohibits Airbnb hosts from collecting and paying hotel taxes to the city, something that is required under the proposed San Francisco legislation. The company is fighting to change that, hoping it would help legitimize the business and estimating it could kick $21 million a year into New York’s coffers. Airbnb spent $120,000 to lobby New York City council members last year and has reported another $20,000 so far in 2014, according to lobbying records.

Other cities have already found their balance between oversight and facilitating a popular service. Austin, Texas, a city where thousands upon thousands descend each year for events like SXSW, set up a licensing system for short-term rentals last year. Each applicant has to pay a $285 fee and provide certain documentation like proof of insurance. The city also limited the amount of homes that could be rented out in each building and area of the city, so no neighborhood would be overrun. No more than 3% of the units in one building, for example, can be used for short-term rentals.

The promises and pitfalls of the sharing economy will be aired during upcoming hearings in San Francisco—and in oral arguments on April 22 if Airbnb and the New York attorney general fail to reach a settlement out of court. “We still have a long way to go before we get a good law enacted,” Hantman wrote in his post responding to the San Francisco legislation. “It is just the beginning of what promises to be a very long process during which the entire Board of Supervisors will look at this proposal, hear from all sides—including our community—and make decisions about how to proceed.” 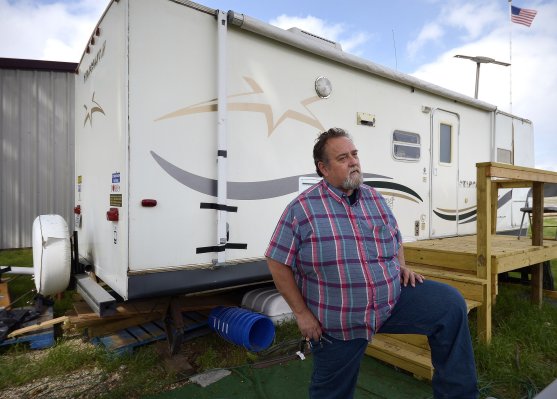