This Animated GIF of a 3D Bear Has a Secret

I’ve become obsessed with the below animated GIF, which I discovered over at Amid Amidi’s Cartoon Brew. Stare at it, and you might be obsessed, too, at least for 30 seconds or so.

It looks like something I might have seen as part of a 3D animation demonstration by a computer scientist when I attended the SIGGRAPH conference back in 1989. But here’s the remarkable thing: It isn’t computer animation. That bear may be made out of polygons, but he isn’t made out of bits. He’s a physical object–or, more precisely, 50 of them.

Two London-based companies, DBLG and Blue Zoo, created the animation, Bears on Stairs, which did begin with a computer-designed ursine protagonist. But rather than just rendering a bunch of frames, the companies printed out the sequence as 50 models. Then they photographed them as a stop-motion sequence, using the same basic technique studios such as Rankin/Bass used long before computers had anything to do with animation.

As Amid points out, the idea of using 3D printing to meld computer and stop-motion animation isn’t new. Laika (the studio behind Coraline and the upcoming Boxtrolls) is already doing it. But normally, the goal is for it all to be so seamless that the viewer doesn’t know or care that computers were used. What’s clever about “Bears on Stairs” is that it evocatively flaunts its use of computers–so much so that almost anybody would assume that it was a purely digital production. 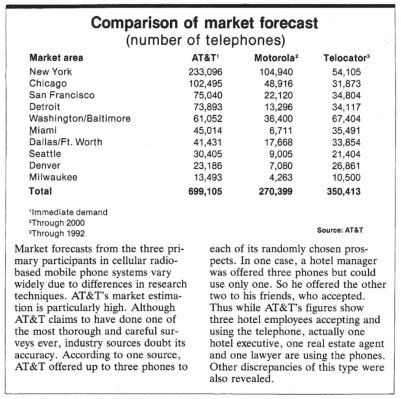 Shocker: In 1980, Motorola Had No Idea Where the Phone Market Would Be in 2000
Next Up: Editor's Pick