The White House said Tuesday it supports military action taken on Tuesday by the interim government of Ukraine against separatist militants across the eastern part of the country.

Tuesday’s military offensive began with an assault on an airport 25 miles north of Slovyansk that had been seized by pro-Russian separatist militants Sunday. Ukrainian military clashed with a pro-Russian crowd in the area throughout the afternoon, and Russian news media, citing pro-Russian militants at the scene, claims there were injuries and deaths in the vicinity of the airport, according to The New York Times. Ukraine planned to extend its offensive to separatist-controlled buildings in as many as 10 cities throughout the country’s east.

U.S. officials say there are no current plans to provide weapons to Ukraine, The Wall Street Journal reports. Officials estimate there are roughly 50,000 Russian forces deployed to the country’s border with eastern Ukraine. 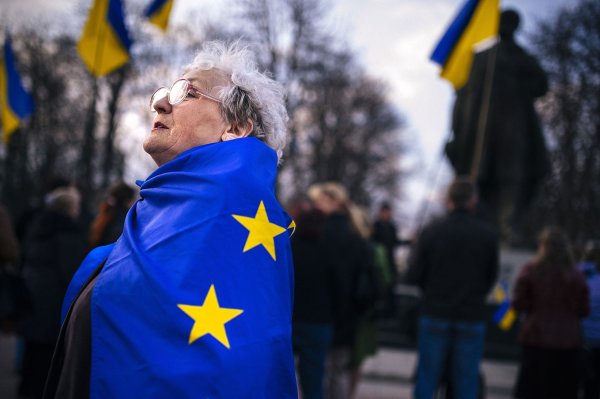 Not Even the Threat of War in Europe Can Unite the E.U.
Next Up: Editor's Pick