Airbnb has been riding high on the unregulated sharing economy, but the Wild West-era is coming to an end in San Francisco. On Tuesday, one of the city’s leading lawmakers was due to announce legislation that would legalize certain short-term rentals, while also making the process much more onerous—for everyone involved.

As the law stands, almost any short-term rental of an apartment in the city is technically illegal and grounds for eviction, a reality that some locals who have lost their apartments know very well. The proposed legislation from Board Supervisor David Chiu would carve out an exception in an existing blanket prohibition, protecting people like the grandma who rents out her one-bedroom to tourists twice a year when she visits the kids in Cleveland.

“There are a variety of laws that are being violated at this time,” Chiu tells TIME. “From the big picture standpoint, our goal is to craft regulations that address this new kind of housing arrangement, not to shut down all activities, but to end abuses that come from it.” The sharing economy has its upsides, he says, especially for “struggling families” who are renting out their apartments to help make ends meet.

The abuses he’s primarily worried about are landlords who are taking apartments off the market or evicting tenants to rent them out full-time using sites like Airbnb and VRBO, as well as renters who are securing “second, third and fourth” apartments to do the same thing. In a city in the midst of an affordability crisis, with a shortage of housing that is sending rents through the roof, Chiu says that making sure “short-term rentals aren’t cannibalizing our housing stock” is paramount.

That’s why the legislation lays down ground rules: Locals can only rent out their primary residences, or the property they live in at least three-quarters of the year (275 days). Anyone who lives in a building with two or more units and wants to list their place on Craigslist or Airbnb will have to apply to be in the city’s registry of approved hosts; to remain in that database, the person will have to keep records showing that their property has insurance coverage of at least $150,000 and that they’ve been collecting taxes from their guests, which go into city coffers just like hotel taxes do. And they’ll have to reapply, paying a $50 application fee, every two years.

Despite the burden of new regulations, Airbnb said it welcomed the move to codify home-sharing in the city’s laws, while acknowledging some “problematic” provisions, such as the city registry it feared would make hosts’ personal data public. “This proposal, while not perfect, brings us closer to transparent, fair, progressive home-sharing rules,” said David Hantman, head of public policy for Airbnb. The company pledged to work with San Francisco legislators in the creation of “fair rules” to govern its use in the city.

It seems like the company is eager to show legislators it wants to play ball. In the weeks before the bill was unveiled, Airbnb announced that it would be asking residents in San Francisco to tack on a 14% tax, which guests would pay and the company will remit to the city. Chiu has been in talks with Airbnb for months and says that getting the company to agree to pay full hotel taxes “hadn’t been the easiest conversation.” The reason cities have hotel taxes is to help support city services that visitors use while they’re in town, and Chiu says that guests staying in someone’s apartment are just as likely to use those services as someone staying in a Holiday Inn.

If the legislation passes, life will also be getting more complicated for the businesses or platforms that facilitate these short-term rentals. These sites will have to notify anyone using the service of the city’s new rules before an apartment can be listed. If a business like Airbnb fails to make the rules clear to anyone using their service in San Francisco County, it can be fined up to $1,000 per day.

The legislation also protects tenants from being evicted right away for listing their apartment on a site like Airbnb. Currently, the law gives a landlord the authority to evict someone if the renter is violating the city’s prohibition against short-term rentals, no questions asked. The new law says that tenants who meet all the criteria and registered with the city would be protected from such evictions. Tenants who hadn’t registered would also get a chance to remedy their behavior (i.e. stop renting out their apartment) on the first offense, assuming their lease is silent on the issue.

But that’s not an easy assumption to make. Chiu’s legislation does not override a lease, so if a resident has signed papers agreeing not to rent out their apartment to anyone else, the new law would likely not protect them from eviction. As landlords get hip to the reality of the sharing economy, it’s possible that many leases will prohibit short-term rentals of any kind.

If the legislation gets approval by the Planning Department and Board of Supervisors, the database could be live before the end of the year. In the meantime, listing an apartment on Airbnb will still be simple, while also technically illegal in most cases. So using the service remains a gamble that could end up with the renter on the street or with the Planning Department levying fines of $250 per day. The department’s enforcement team isn’t trying to track down everyone who uses the site, but they do respond to complaints, often from neighbors who are tired of seeing strangers in their halls.

“We’re trying to craft a solution that recognizes the complexity of the situation,” Chiu says. “The idea of the sharing economy where we’re utilizing underutilized assets, like a spare couch or a spare room … that is activity that I think we should consider. But when you have San Francisco residents who are being permanently displaced to allow for the year-round rental of our housing stock to visitors, that’s a real challenge.” 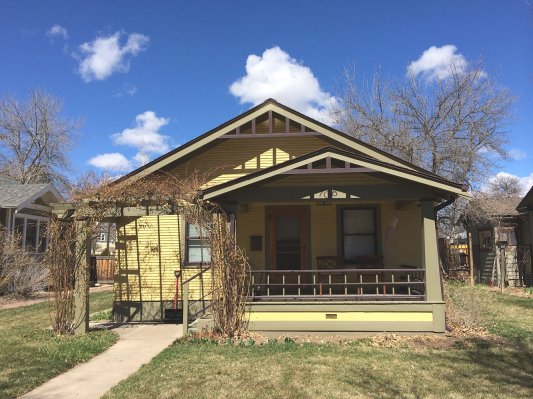 Fort Collins, Colorado Is America's Most Satisfied City
Next Up: Editor's Pick