And the Most Desirable Job in the World Is...

For a new study ranking the best jobs of 2014, jobs website CareerCast.com did some number-crunching and found — perhaps not surprisingly — that crunching numbers is a pretty good gig.

With a median income of $101,360 and a 23% projected job growth rate by 2022, mathematician topped the site’s roundup of the most desirable jobs. CareerCast points to the “exponentially growing popularity of mathematics” in everything from healthcare and technology to sports and politics.

“Mathematicians are employed in every sector of the economy… from Wall Street brokerages to energy exploration companies to IT R&D labs to university classrooms,” CareerCast publisher Tony Lee tells BusinessInsider.

Companies and government agencies rely more heavily on analytics to make all sorts of decisions today, so employers need people who can generate and parse this data, CareerCast says in its overview. “Mathematical analyses of trends are used to gauge many activities, ranging from internet-user tendencies to airport traffic control.”

Companies looking for all these math whizzes are going to have a tough time, though: As a nation, our math skills stink. A survey of 5,000 Americans between the ages of 16 and 65 last year found that our mathematical abilities are better than those of people in just two other countries — Italy and Spain — and behind the other 18 surveyed by the Organization for Economic Cooperation and Development. “Explanations for the relatively weak performance of the United States include failings in initial schooling, lack of improvement in educational attainment over time, and poor skills in some subpopulations,” the OECD said in a report examining the U.S.’s poor academic showing.

Unfortunately, our kids aren’t any better at math than we are. In fact, when the Program for International Student Assessment evaluated the math skills of teenagers from 65 countries, it found that math scores dropped among U.S. teens. Their math abilities trail not only those of kids from countries like Japan and South Korea, but also Ireland and Poland, whose scores rose about the U.S. in the most recent test.

That’s too bad, because half of CareerCast’s top 10 jobs are in the so-called STEM fields: science, technology, engineering and mathematics. After “tenured university professor” at number two, the next two jobs are statistician and actuary (last year’s top job in CareerCast’s ranking), with median incomes of $75,560 and $93,680, respectively.

The next two jobs on the list are in healthcare: Number five is audiologist, followed by dental hygienist. Then it’s back to STEM territory for the next two: Software engineer and computer systems analyst are in the seventh and eighth spots. Healthcare rounds out the list, with occupational therapist and speech pathologist coming in at nine and 10. 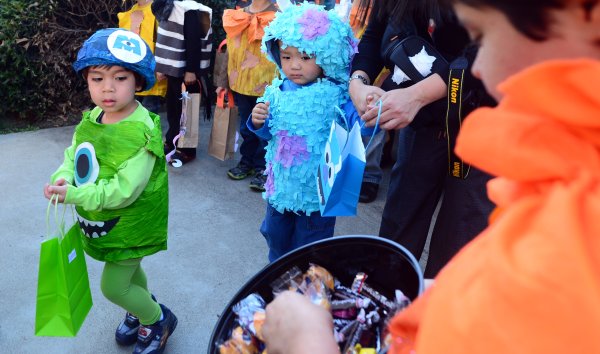 Pixar Is Sending Fans On An Easter Egg Hunt
Next Up: Editor's Pick