These Are the 21 Female Authors You Should Be Reading

On Monday, Donna Tartt won the Pulitzer Prize for Fiction for The Goldfinch. It was no surprise, really, since the much-anticipated novel made the New York Times best-seller list during its first week on the shelves. The book was so popular that people flocked to the Frick Collection in record numbers to see the titular painting that features heavily in the Dickensian plot.

Tartt takes a notoriously long time to write her novels: The Goldfinch took 11 years, and she says that we may have to wait just as long for her next book. So now that you’ve finished The Goldfinch — and her other two books, The Secret History and The Little Friend — what to read next to tide you over? At the beginning of 2014, writer and illustrator Joanna Walsh began the Twitter hashtag #readwomen2014 in an effort to encourage readers to pick up more books by women this year. That task is only getting easier: 2014 will feature dozens of terrific books by women. But here are some current female authors who you may have missed and want to add to your reading list.

Beyoncé loves her and so should you. Adichie, who is from Nigeria, is credited with heralding a new generation of African authors with her bestselling Half of a Yellow Sun. Her latest novel, Americanah, was named one of the 10 best books of 2013 by the New York Times. Oh, and she’s also a MacArthur ‘genius’ grant recipient.

Catton was only 22 years old when she wrote her first novel, The Rehearsal (what have you done today?). And her second and most recent novel, The Luminaries, was the winner of the 2013 Man Booker Prize — making her the youngest ever recipient. The adventure-mystery novel is set in New Zealand, where the author currently resides.

Danticat published her debut novel, Breath, Eyes, Memory, when she was only 25 and was heralded as a young author to watch. She did not disappoint. Breath, Eyes, Memory became an Oprah’s Book Club selection in 1998. The Haitian-born novelist continues to tell stories of her home country’s history through documentary film, fiction and nonfiction, including her 2004 novel, The Dew Breaker, which was well received by critics.

Though Irish-born Donoghue has written many novels (and plays and literary histories), none have had quite the impact as her international bestseller Room, a story narrated by a five-year-old who has been imprisoned in a single room with his mother for his entire life. Donoghue’s newest novel, a murder mystery called Frog Music that’s set in San Francisco in 1876, hit shelves on April 1.

Erdrich, who has written 13 novels, taps into her Native-American heritage to dig deep into questions about identity and race in her stories. An unsolved, race-fueled murder is at the center of her most recent work, The Plague of Doves, a finalist for the 2009 Pulitzer Prize.

Gilbert has a reputation as the patron saint of any woman undergoing a well-funded mid-life crisis thanks to her bestselling memoir, Eat, Pray, Love. But she’s also an accomplished novelist who published 2013’s well-reviewed The Signature of All Things, a charming bildungsroman about a spirited botanist who uses science to organize her heart and world. Gilbert will also appear on Oprah’s upcoming The Life You Want Weekend tour.

If you haven’t read Heti’s 2010 novel-from-life How Should a Person Be, you’re missing out on something important. The Canadian writer is also a performance artist, a philosopher, a playwright and the interviews editor of The Believer magazine. She tends to write about her brilliant and eccentric friends, who are never boring.

Homes is known for having a taste for controversial topics in her writing, and her satirical novel May We Be Forgiven won her the 2013 Women’s Prize for Fiction. When asked about her writing, she once said she is “saying the things we don’t want to say out loud.”

Gillian Flynn
Flynn began as an Entertainment Weekly reporter and TV critic before making the foray into mystery novels that continue to be page-turners after her signature big twist. Read her New York Times best-selling mystery about a missing wife, Gone Girl, before the David Fincher-directed movie adaptation hits the big screen in October starring Ben Affleck.

Holt’s debut novel, You Are One of Them, is about two Cold War-era American schoolgirls who write to the premier of the Soviet Union, but only one of them gets a response and an invitation to visit Moscow. Critics raved about her first effort. Keep an eye on her.

If you’re looking for girls who kick ass, you’ve come to the right place. Kushner’s second novel, The Flamethrowers, focuses on a woman who arrives in New York from Reno in 1975 determined to turn her obsession with motorcycles and speed into art. The 2013 book was a New York Times bestseller, a finalist for the 2013 National Book Award and a critical darling.

In The Woman Upstairs, Messud flips the archetype of the friendly, unassuming spinster on its head, creating an angry woman who’s simply tired of being ignored. The author previously won accolades for The Emperor’s Children, her best-selling novel about three college friends in pre-9/11 Manhattan.

Lorrie Moore won Seventeen magazine’s fiction contest at the age of 19 and has been a wordsmith since. Though her most recent collection of short stories — Bark, published on Feb. 25, 2014 — received mixed reviews, her New York Times bestseller Birds of America (1998) was received with resounding praise. Her stories have appeared in The Best American Short Stories of the Century edited by John Updike and the 1998 edition of The Best American Short Stories.

When Munro was awarded the 2013 Nobel Prize in Literature, it was considered a win for the short story. The Canadian writer’s stories tend to focus on women — often in small town settings — and their ordinary lives, relationships and moral dilemmas. One of Munro’s stories in her collection, Hateship, Friendship, Courtship, Loveship, Marriage, was made into a 2013 film, Hateship Loveship starring Kristen Wiig.

At 32, Russell has already been shortlisted for the Pulitzer Prize for Fiction (for her debut novel, Swamplandia! in 2012) and been anointed an official “genius” by the MacArthur Foundation. Read her collection of stories Vampires in the Lemon Grove and you’ll see why. Her newest novella, Sleep Donation, is now available as an e-book.

This up-and-coming writer of Ghanian and Nigerian origin has been mentored by greats like Toni Morrison and Salman Rushdie. Her short story “The Sex Lives of African Girls” appeared in The Best American Short Stories of 2012 and her first novel, Ghana Must Go, was selected as one of the 10 best books of 2013 by the Wall Street Journal.

Smith was lauded as the next big thing when her first book, White Teeth, debuted in 2000. She was only 22 years old. The best-selling novel made TIME’s 100 Best English-Language Novels from 1923 to 2005 list and had critics comparing her to Charles Dickens, John Irving and Salman Rushdie. Smith’s gone on to publish three more novels, all of which have received critical praise.

Though Strayed initially became popular through her anonymous “Dear Sugar” advice column for The Rumpus (she unmasked herself in 2012), it was her memoir that earned her renown as a writer. After Strayed’s mother died of cancer in 1991, she decided to hike the Pacific Crest Trail by herself. The resulting memoir, Wild, became a New York Times best seller. And if that’s not enough for you to pick up a copy, Oprah Winfrey chose Wild in 2012 as the first selection for Oprah’s Book Club 2.0. An adaptation of the book starring Reese Witherspoon will premiere this fall.

Her sweeping novels, including Commencement and Maine — which was named one of TIME’s top novels of 2011 — often weave together first-person narratives from multiple generations of family members and friends. Her most recent novel, The Engagements, marries the story behind the famous “a diamond is forever” slogan with the history of a very special ring.

This author often draws on her own life experiences as the daughter of Chinese immigrants to write best-selling books like The Joy Luck Club, which was turned into a successful film. More recently, she touched on familiar themes, such as mother-daughter relationships, in her 2013 novel The Valley of Amazement.

Wrinkle’s debut novel, Wash, re-examines American slavery and spans decades and continents. The book was met with high praise when it was published last year and was named one of the top ten novels of the year by the Wall Street Journal. 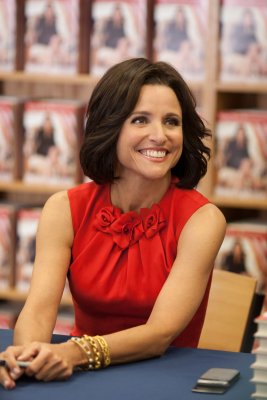