The KKK Tries to Make a Comeback

The Ku Klux Klan was once a major force in America, with a membership of nearly 4 million that regularly included mayors, chiefs of police and other grandees of segregated regions, especially in the South and the Midwest. It’s been decades since the Klan held that sort of mainstream sway, but Sunday’s deadly rampage at two Jewish community facilities in Overland Park, Kans., serves as a reminder that the nation’s best-known white-supremacy organization has not completely disappeared.

Frazier Glenn Cross, who was charged with murder on Tuesday for the shooting death of three people in the Kansas City suburb, is a prominent white supremacist whose long résumé in the movement included founding the Carolina Knights of the KKK. Those sorts of regional groups are the basis of the current Klan, which exists only as a decentralized collection of dozens of regional organizations devoted to white nationalism. The total membership is between 5,000 and 8,000, a fraction of its peak, according to the Southern Poverty Law Center (SPLC), which tracks hate groups.

“The Klan has become marginalized, even among more mainstream racist groups,” says Paul Ortiz, a professor of history at the University of Florida. “The organization itself is a hodgepodge. It’s no longer a mass movement. There’s no nationally recognized leader, and even the language is much more splintered.”

Even Klan leaders recognize the changed landscape. “I like to think I’m in charge,” says Thomas Robb, the national director for the Knights of the KKK, which was founded by the politician David Duke. “You know how that goes, though.”

As the Klan has become more diffuse, many of the splinter chapters are working hard to bolster their ranks. On April 18, the KKKK, an Arkansas-based branch, plans to launch an online radio station featuring a 24/7 stream of Klan news, updates of classic radio segments and children’s programs. The Maryland-based Confederate White Knights of the Ku Klux Klan recently held a rally on the battlefield at Gettysburg to capitalize on the attention generated by 150th anniversary of Abraham Lincoln’s famous address.

In North Carolina, the Loyal White Knights of the Ku Klux Klan — the group that was reconstituted from the now defunct Carolina Knights of the KKK founded by Cross — has spent the past few months distributing flyers with messages like “The KKK Wants You!” in parts of Florida, Louisiana, Ohio, Texas and Virginia.

The aim of all these efforts is to enlist new devotees to the cause of what they call “white genocide,” a catchall term for the belief that white Christians are being cast to the margins of American society.

Robert Jones, the imperial klaliff of the Loyal White Knights, says the organization has tripled in size since President Obama’s election, though he would not divulge membership totals. That growth is consistent with the uptick in hate groups around the nation, which the SPLC estimates has risen from 602 in 2000 to 939 in 2013. Heidi Beirich, who leads SPLC’s Intelligence Project, says the higher numbers can be traced directly to the 2000 U.S. Census showing that the country would become a majority minority nation by 2043. “They started freaking out,” she says of white-supremacy organizations.

Jones says he kept in touch with Cross and described him as a “good Christian man who spoke out for what he believes in.” He says they last spoke a couple of months ago. “I think he’s just fed up with the way the world’s going. I can see why he is the way he is to an extent. A lot of white people are getting fed up with what people are doing.”

Other Klan leaders were quick to distance their groups from Cross. “He had no credibility in the white-nationalist movement,” says Robb. “There are people who use the name Klan, put on a Klan robe, put some crazy thing on YouTube and say they’re going to exterminate all non-whites. That becomes a statement from the Klan. It’s not. It’s some loser that lives in a little world of Hatesville.”

Robb has led an effort to soften the Klan’s image, changing the name of the organization’s top position from “imperial wizard” to “national director” and requiring members to wear business suits instead of the trademark white robes at Klan functions and public rallies. The Montana-based United Klans of America recently tried a similar tack when it met with the NAACP, likely the first between the two organizations.

The Klan’s messaging may have changed, but experts say the substance remains the same.

“For the most part, they still have nasty websites. They still preach hate about immigrants. They still preach hate about black folks. It’s basically a bunch of squabbling, infighting factions who don’t like each other,” says the SPLC’s Beirich. “Some groups do try to position themselves to say they’re just fighting for white rights, that they’re not racist. But that’s absurd. It’s just racism dressed up in a new language.” 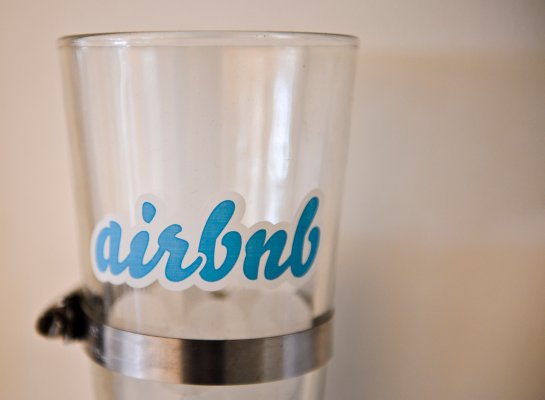 San Fran Lawmakers May Deflate Airbnb
Next Up: Editor's Pick