We’re Much Too Obsessed With Central Bankers

This man can't save the economy by himself, and neither can any other central banker. Haruhiko Kuroda, governor of the Bank of Japan, during a news conference in Tokyo on April 8, 2014
Bloomberg—Bloomberg via Getty Images
By Michael Schuman

The statements of Fed Chairwoman Janet Yellen are dissected syllable by syllable for clues of direction or intention over and over and over again. Across the Atlantic, Mario Draghi, president of the European Central Bank, garners similar attention. What will — or should — Draghi do to combat the euro zone’s continuing economic woes?

The financial world is obsessed with our central bankers. And though they possess great power over economies and markets — Draghi is credited with almost single handedly quelling the euro-zone debt crisis — the focus on what they say and do has gone too far.

That’s made obvious by the efforts of Haruhiko Kuroda, governor of the Bank of Japan. A year ago, when he first took that lofty post, Kuroda instituted a radical plan to jump-start the perennially sluggish Japanese economy with a massive infusion of cash — like the Fed’s quantitative-easing (QE) programs, but even more aggressive. The plan is part of a great experiment called Abenomics, named after Japanese Prime Minister Shinzo Abe, who inspired it. Abe believes that the central bank’s largesse, combined with government spending and economic reforms, will finally shake Japan out of its two-decade funk.

Yet what Abenomics has become is a study in the limits of central-bank power. A year into Kuroda’s stimulus program, Japan is only marginally better off than it was before. Kuroda has overcome the damaging deflation that plagued the economy, at least for now. But after an initial lift, Abenomics has done little to boost Japan’s growth.

GDP expanded only an annualized 0.7% in the quarter that ended in December. A cheaper yen, engineered downward by Kuroda’s actions, may be helping Japan’s exports a bit, but not enough to close a widening trade deficit. Wages have gone nowhere. Meanwhile, in an attempt to chip away at the government’s giant budget deficit, Abe hiked the consumption tax to 8% this month, which will further drain demand out of an economy that already badly lacks demand.

So inevitably, attention has shifted back to Kuroda. Some economists are expecting the Bank of Japan to step in and increase its stimulus even further to regain momentum. Yet Kuroda can’t fix Japan on his own. The problem is that he’s not getting enough help from Abe and his policy team.

Japan’s economy requires a serious makeover to enhance its ability to grow. Yet the part of Abenomics aimed at major reform, called the third arrow, has progressed much more slowly than Kuroda’s printing presses. Only now is Abe beginning to talk about tackling the economy’s most difficult problems.

In late March, the government began unveiling details of economic zones in which policymakers plan to experiment with looser regulation on labor, health care, foreign investment and other overly controlled sectors — all reforms economists believe are long overdue. But it isn’t clear at this point how far the deregulation will go. Nor is it clear how fiercely Abe is willing to take on those special interests (old-line politicians, civil servants, farmers) that prefer the status quo. Economists believe Japan would see a big boost from joining the Trans-Pacific Partnership, a free-trade agreement orchestrated by the White House, but talks have stalled in part because of Abe’s refusal to open the country’s protected rice industry.

Such reforms would achieve what Kuroda can’t — making Japan Inc. more competitive. In the end, Japan can be saved only by fundamental change to the way the economy works. The same can be said about the rest of the industrialized world. Draghi can help fight deflation or support the banking sector, but he can’t reform the euro zone to produce more growth and better jobs. That’s up to Europe’s political leaders, but their efforts at further integration have slowed. Nor can Yellen improve American infrastructure and education, reform the tax code or take other steps that would aid U.S. competitiveness.

We’ve come to rely so much on our central bankers because politicians and corporate leaders are failing to fix what really is holding us back. Whatever their meeting minutes might tell us, central bankers can never say enough to finally get the global economy on the road to health. 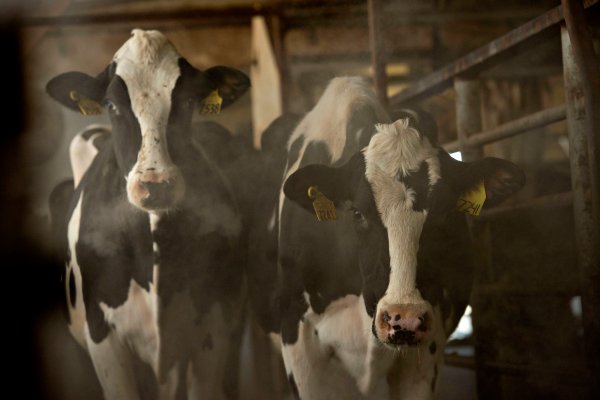 Beef Prices Soar to Highest Level Since '87
Next Up: Editor's Pick