US writer Donna Tartt reads her novel "The Goldfinch" at the world's book launch in Amsterdam, on September 22, 2013.
Bas Czerwinski—AFP/Getty Images
By Maya Rhodan

Donna Tartt won the Pulitzer Prize for Fiction for her bestselling novel “The Goldfinch,” which judges described as a “beautifully written coming-of-age novel with exquisitely drawn characters.”

The book, which The New York Times called “a rarity that comes along perhaps half a dozen times per decade,” details an orphaned boy’s journey with a famous painting. A TIME review of the 2013 novel reads,”Tartt has a special gift for writing about outsiders who come in from the cold. She did it in The Secret History with Richard Papen, a Gatsbyesque nobody from nowhere at an elite Vermont college, and she does it here.” Other finalists for the Pulitzer Prize in Fiction include “The Son” by Philipp Meyer and “The Woman Who Lost Her Soul” by Bob Shacochis.

Other winners in Books, Drama, and Music include:

You can read about winners in other categories on the Pulitzer site here. 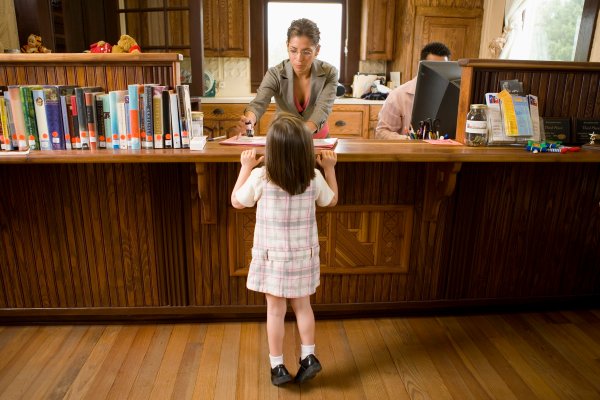 The Most Complained-About Library Book of 2013 Was...
Next Up: Editor's Pick