Is Microsoft's 'Scroogled' Era at Long Last Over?

At Scroogled.com, Microsoft says that your Office docs will look terrible on a Chromebook
Microsoft
By Harry McCracken

I have devoted probably an excessive number of words–see here and here–to Microsoft’s ongoing “Scroogled” campaign, in which it bashes various Google products for invading privacy, deceptively incorporating advertising and, generally, being creepy and anti-consumer. I’ve always found the campaign to be grating and patronizing, and looked forward to the day when Microsoft concluded that it was counter-productive, or at least that it had run its course.

That moment may have come. ZDNet’s Mary Jo Foley is reporting that a Microsoft executive says that the company is now “done” with Scroogled. When Mary Jo sought an official statement, she got one which didn’t confirm that it’s over–but which didn’t deny it, either:

That’s not surprising: If Microsoft has decided that it wants to put Scroogled behind it, it probably doesn’t want to spend a lot of time explaining its rationale. Here’s hoping.

In a possibly related development, Mary Jo has a second article reporting that Microsoft has put its online version of Office into Google’s Chrome Store, making it easy for Chromebook owners to edit Word, Excel and PowerPoint files using Microsoft’s own online apps. The move is semi-symbolic, since those services already worked just fine on Chromebooks if you knew they existed. But it belies one of Scroogled’s arguments against Chromebooks, which is that they force you to use “cheap imitations” of Office which will mess up your documents.

Of course, there are plenty of instances in which people will be happier with the far more full-featured Office apps available for Windows laptops than the basic online ones which you can use on a Chromebook. But Scroogled’s over-the-top assault on Chromebooks–which it calls “imitation laptops”–is at odds with Microsoft’s own excellent, Chromebook-friendly incarnation of Office, which it somehow forgets to mention even exist.

Scroogled’s message is also out of whack with the progressive vision expressed by Microsoft’s new CEO, Satya Nadella, at the company’s recent Office for iPad launch event and Build conference. Nadella isn’t drawing a stark line between Microsoft’s platforms and the rest of the world, and telling prospective customers to choose a side. But that’s what Scroogled–supposedly the brainchild of political adman and Clinton confidante Mark Penn, who Nadella shifted from heading Microsoft marketing to a strategy role–effectively does.

Now, the chances that we’re entering a period of peace, love and understanding are approximately zilch. In her story on Scroogled’s possible demise, Mary Jo says that she expects Microsoft to continue to go aggressively after Google. So do I. But consumers are smart. Chromebooks will succeed if they offer something of value to a meaningful number of people, and will fail if they don’t. Scroogled won’t have a tangible impact on their fate one way or the other.

If these “imitation laptops” are around for the long haul, telling the people who like them that they’ve been duped, as Scroogled does, isn’t going to make Microsoft any new friends. The alternative approach, reflected in the Chrome Store news, is to encourage such folks to be part of the Office faithful. Which strategy do you think is most likely to keep Microsoft and its products relevant in the post-PC era? 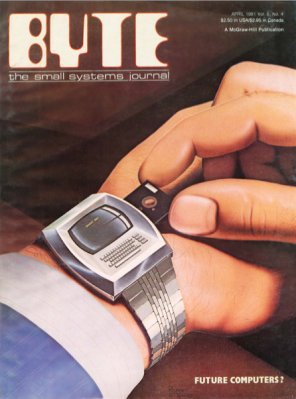 This 1981 Computer Magazine Cover Explains Why We're So Bad at Tech Predictions
Next Up: Editor's Pick