Colin Firth is kind of puzzled about why his wet Darcy shirt is such a big deal. The scene in which he emerges from the lake in the BBC’s 1995 version of Pride and Prejudice was voted by British viewers as one of the 100 Greatest TV Moments of all time. He and Darcy were so conjoined in people’s minds that several of his subsequent roles made fun of his Austenesque heart-throbbiness. But as close watchers of the old series know, he never actually did emerge from the lake. And now he says the shirt, one of seven made for the series, was never really that wet. Is there no end to the media’s deceit?

Firth, who visited TIME to talk about his new historically based movie The Railway Man, a sort of love-story-that-becomes-a-war-story, also addressed his reputation as an ideal romantic leading man. According to him, it’s all about context: if someone creates a story about a dreamy person and you are cast in that role, you become dreamy. He claims anyone could be dreamy. Even Marty Feldman. “Although,” adds Firth, “he doesn’t particularly do it for me.”

And in a development that could well make Pride and Prejudice fans rethink their veneration of him, Firth revealed in a fuller interview with TIME that subscribers can read here, that, until he was cast as Darcy, he had never read a word of Austen. 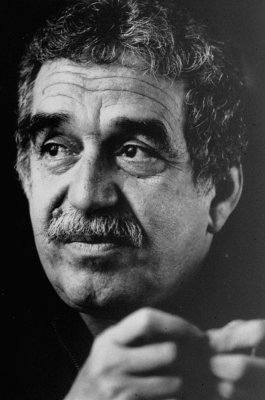 Gabriel García Márquez Dies at 87
Next Up: Editor's Pick