Selina Meyer is far from the ideal presidential candidate. As we see every Sunday on Veep, both she and her staff are completely and hilariously incompetent. But this week’s episode reminded us that whatever her flaws, we ought to sympathize with Selina because running for president as a woman really sucks. (Warning: Spoilers for last night’s episode of Veep ahead.)

This week, the current president (who has announced that he will not be running for a second term) threw a curveball at the VP’s camp by calling himself pro-choice in a speech. Selina and her staff immediately panic in trying to determine what the vice president should say about her stance on abortion. A poll within the show reveals that the majority of Americans respond with “I don’t know” when asked at what point a woman should no longer be able to terminate a pregnancy. Selina worries that if she picks too many weeks in, she will come off as too liberal and too female. Too few weeks, and she loses the women’s vote.

Her staff repeatedly suggests that Selina play her ovaries card and begin her answer with, “As a woman…” But drawing attention to your lady parts is tricky. The problem is summed up nicely by Selina when she says, “I can’t identify myself as a woman. People can’t know that. Men hate that. And women who hate women hate that — which, I believe, is most women.”

As the only female contender for president (so far) Selina is the only candidate directly affected by this question. She should theoretically sound more genuine and credible in her views because she’s likely devoted more time to thinking about the issue than any man — just by virtue of her gender. And yet while she can’t answer with her honest pro-choice views for fear of losing votes, she also can’t allow voters to think she’s a hypocrite who is politicizing the issue. Selina has to work twice as hard as her male counterparts to not draw attention to her woman-ness because, well, everybody hates that.

Though the writers mine the conundrum for comedy — at one point, Selina points out, “If men got pregnant, you could get an abortion at an ATM” — the plot points to a deeper problem. Hillary Clinton, for better or worse, refrained from emphasizing her gender during her 2008 run. It was a logical decision: after all, history has proven that female candidates don’t necessarily win other women’s votes. And yet she lost the women’s vote at the Iowa caucuses that year by 5 points and the primary in South Carolina by a 24 point deficit. For that reason, some experts believe gender will become a bigger factor in a potential 2016 run for Clinton. “I think it’s going to be less about making history and more about making progress — the intersection of gender and agenda,” Celinda Lake, a democratic pollster, told the Daily Beast.

Despite her best efforts, Selina ends up answering the abortion question on her Good Morning America interview with, “As a woman…” and then takes no clear stance, repeating the word “freedom” over and over again. This isn’t the first time Selina has struggled with feminist issues: in one episode, Selina’s staff goads her into crying to make her look more sympathetic; in another she decides to do a photo op with a gun to look more tough. And as a Clinton decision on 2016 edges closer, Selina’s careful straddling of the line between feminine and feminist is likely to become all the more relevant. 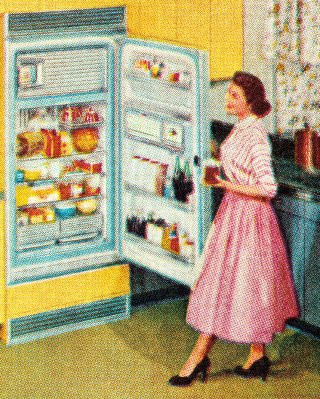 'Stay-at-Home Mothers:' Why We Still Use This Clunky, Outdated Term
Next Up: Editor's Pick