LG has made it official: Its next flagship phone will have a higher screen resolution and pixel density than any phone from Apple, Samsung or HTC.

According to Engadget, LG confirmed a screen resolution of 2560-by-1440 for its next phone, likely dubbed the G3. LG refers to this resolution as “Quad HD.”

Although LG didn’t reveal any other specifics, the phone is rumored to have a 5.5-inch display, putting the pixel density at 530 pixels per inch. By comparison, Apple’s iPhone comes in at 326 ppi, Samsung’s Galaxy S5 has a density of 432 ppi and HTC’s One (M8) has a density of 441 ppi.

The revalation isn’t too surprising, given that LG Display revealed a 5.5-inch, Quad HD panel last August. At the time, LG said the new technology allowed for thinner, lighter devices while making fully zoomed-out web pages look better. Quad HD was sure to appear in an LG phone sooner or later.

I was skeptical of the need for such a high-resolution smartphone display then, and I still am now, as its already difficult or impossible to pick out individual pixels on 1080p phones. The good news is that LG is also touting more accurate colors and improved contrast as part of the new technology. While those improvements are trickier to translate into marketable numbers, at this point they’re more important than pushing more pixels.

There’s no word on when LG’s next flagship will launch, but the company’s G Pro 2 just launched last month. If there’s a G3 on the way, it’ll probably arrive this summer or fall. 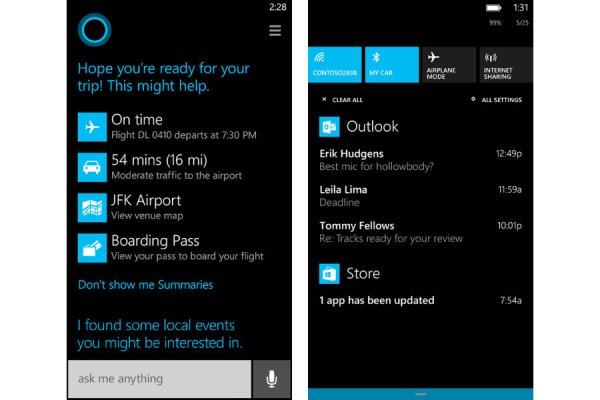 Windows Phone 8.1: If This Can't Help Microsoft's Mobile Efforts, What Will?
Next Up: Editor's Pick