Twitter Is Brilliant. The Damage It's Done Is Undeniable

Twitter's headquarters in San Francisco, April 24, 2022.
Jim Wilson—The New York Times/Redux
Ideas
By Roger McNamee
McNamee began his Silicon Valley investing career in 1982. He was an early investor in Facebook and an advisor to Mark Zuckerberg. He is the author of the New York Times bestseller Zucked: Waking up to the Facebook Catastrophe.

The debate over Elon Musk’s acquisition of Twitter is fierce because journalists and politicians depend on the platform to share their ideas and build their brands. Twitter is less than one-tenth the size of Facebook, and has been only intermittently profitable, which is a terrible result for one of Silicon Valley’s most brilliant product ideas.

Those who have framed Musk’s acquisition of Twitter as a disaster for democracy are not wrong, but they are eliding three important facts. First, internet platforms have been undermining our democracy since at least 2016. Second, politicians have failed in their duty to force accountability and reform of internet platforms. Finally, journalism years ago embraced the “engagement” model of internet platforms, making the industry partially complicit in the harms.

If the deal goes through—and that still seems likely—Musk has promised to restore “free speech” to Twitter, which is code for reversing bans on users and reducing content moderation. Musk’s framing is ridiculous. The First Amendment relates only to restriction of speech by the government. Corporations have always been free to set the rules on their platforms. A more valid complaint against internet platforms would be that their rules are ambiguous and are enforced inconsistently.

Amplifying harmful content for profit has serious consequences. It gives disproportionate political power to the most extreme voices. It enables bad actors to suppress other voices and harass those with whom they disagree, including marginalized communities that depend on Twitter to make themselves heard. Thanks to its central role in journalism and politics, Twitter has managed to subvert democracy without being a business success. No wonder many of its biggest users refer to Twitter as a “hell site.”

I have spent the past five years trying to warn policy makers, journalists, and the public about the threat posed by internet platforms to public health, democracy, the right to self-determination, and competition. In the time I have been an activist, we have witnessed more and bigger harms: ethnic cleansing in Myanmar, terrorism in New Zealand and the U.S., the radicalization of millions into QAnon, the insurrection, and the undermining of the U.S. response to a pandemic, all enabled by internet platforms. State attorneys general have investigated a wide range of issues, including some felonies. Teen bullying and suicides have spiked. Scams and criminal activities are widespread.

Given the scale of harm from the Jan. 6 insurrection and misinformation around COVID-19, one would expect the government of a functioning democracy to take action to protect its citizens and reform an industry clearly out of control. Whistleblowers have shared mountains of evidence of harmful and sometimes criminal behavior by internet platforms, so there really is no excuse. And yet, no one in a position of power in the federal government has taken action to prevent further harm. Not the president. Not Congress. Not the Department of Justice, Federal Trade Commission, or Securities and Exchange Commission. And voters have not insisted that they do so. Wall Street does not care about the harms so long as the stocks keep hitting new highs.

Journalists have done brilliant work to shine a light on the dangers of internet platforms, but the journalism industry has subverted that work by foregoing its traditional role as a counterweight to power and embracing the internet culture of engagement. Headlines and stories reflect the pursuit of attention. Deference to power, and especially to wealth, is pervasive.

A long series of policy failures and widespread indifference to catastrophic outcomes have allowed democracy to deteriorate to the point where the acquisition of a mediocre company by a billionaire might finish it off. For that, we the people deserve blame. We have not insisted that government and journalism work on our behalf. Instead we have allowed them to be coopted by the powerful.

Which brings us to Twitter itself. Blame for Twitter’s failure to achieve greatness should be shared by the company’s executives and the board of directors. Twitter could have been a bulwark of democracy. The founding management team created a brilliant product design, but they and their successors never developed a business model that allowed Twitter to take advantage of its potential. The board picked every one of those CEOs. When Jack Dorsey had the job, the board decided not to require that he be a full time CEO. (It is worth noting that they are selling Twitter to Elon Musk, who is already the CEO of Tesla and Space-X, and founder of two other companies.)

Every Twitter CEO has done essentially the same thing, expecting a different result. All the while, the board sat back and watched, confident that no one would call them out. Now they are selling the company to Musk, who has given no indication that he recognizes Twitter’s role in democracy, much less has a plan to repair it.

Musk’s acquisition of Twitter is not a sure thing. He has already violated a term of the deal by disparaging a Twitter executive. If the deal goes through, it is possible Musk will make Twitter worse and that may help hasten the end of democracy as we know it. If that happens, it will be thanks to the accumulated damage done by Twitter, Facebook, Instagram, Google, YouTube, and TikTok over the past six or seven years. For that, we all share the blame. 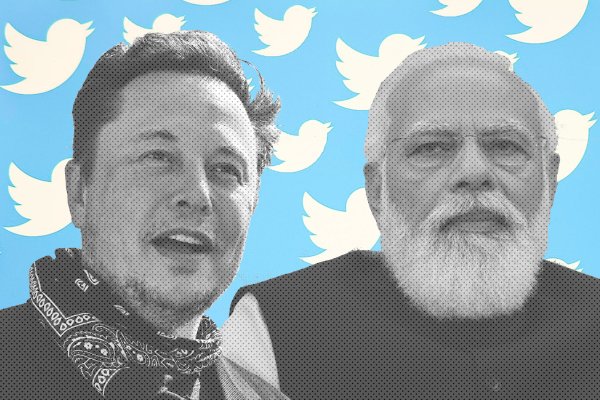