She Lost Her Family in the Holocaust. She Finally Knows the Name Her Parents Gave Her

Holocaust survivor Mary Wygodski, 95, gets ready to record testimony in April 2021 in St. Petersburg, Fla.
Courtesy of Ursula Szczepinska
By Olivia B. Waxman

More than 75 years since V-E Day—the May 8, 1945, celebrations marking the end of World War II in Europe and the surrender of Nazi Germany—Holocaust survivors are still recording their stories for future generations. One recently found out her own story is still being written: At the age of 95, she finally learned the name her parents gave her.

Mary Wygodski of St. Petersburg, Fla., always knew she was named after her grandmother, but last year she learned that her birth name is Mera.

Ursula Szczepinska, Director of Education & Research at the Florida Holocaust Museum in St. Petersburg, found that name listed in a birth register in the Lithuanian State Historical Archives, which emailed an image of it to Szczepinska, who could read the Polish and Hebrew on the document.

“The truth came to light, after all these years,” Wygodski tells TIME.

Part of Szczepinska’s job is helping local survivors search for information about what happened to their relatives during the Holocaust, and she started searching for Wygodski’s birth name to prepare her for an interview for the USC Shoah Foundation’s Dimensions in Testimony program last April. Through that program, Holocaust survivors are recorded answering hundreds of questions about their experience during World War II, and the result is an interactive installation that allows museum visitors to ask any question to a digital version of the survivor and then receive a response back in real time. In preparation for the recording, Wygodski received some questions in advance, and one of them was about her birth name, which she did not know. As the sole survivor of her immediate family during the Holocaust, she had no one to ask, and the question never came up.

“Without this project and the preparation for the interview, we might never have known that [Mary] doesn’t know her real name,” says Szczepinska.

Born Mera Tabachowicz in 1925 in Vilna, Poland (now Vilnius, Lithuania), Wygodski lived in the Vilna ghetto and pretended to be her cousin Mila Kovner in order to stay in the ghetto under Mera’s uncle’s work permit. Mila had already been murdered at Ponary, a forest in Nazi-occupied Lithuania where as many as 75,000 people, mostly Jews, are believed to have been shot to death. Wygodski’s uncle’s wife and other children were also murdered there. After the ghetto was liquidated, Mary survived three concentration camps, Kaiserwald, Stutthof, and Magdeburg. At Kaiserwald, she tried to end her own life by jumping into the Dvina River after being separated from her family.

Wygodski was in Magdeburg when it was liberated, and after the war moved to what was then Palestine, where she went by her Hebrew name, Miriam; Szczepinska found her name listed as such via the website of the Israel Genealogy Research Association. There, she met her husband Morton Wygodski, an engineer, and the two moved to Florida in 1957 where she’s lived ever since. She’s a mother of two and has three grandchildren.

Wygodski also remembered being called Mercia by her parents and her friends, but Szczepinska concluded it must have been a nickname. Mary always thought her name was Mary because her name is listed as such on an identification card from Magdeburg and an identification card from a displaced persons camp in Belgium she lived in briefly after the war ended in 1945. She donated those cards to the Florida museum, and Szczepinska believes the camps anglicized Mary’s name.

Despite learning her birth name, Wygodski, who has turned 96 since the discovery was made, has no plans to start going by it.

She hopes the story of how she lost track of her birth name because of the death of her family during the Holocaust will raise awareness about preserving survivors’ memories. These days, seeing the news out of Ukraine reminds her of what she lived through during World War II, and she worries that Holocaust denial persists. As she puts it, “Holocaust denial and distortion is the greatest threat for the shrinking population of Holocaust survivors.”

She hopes by sharing the revelation that came up by telling her story, other survivors will be inspired not only to share more of their stories, to remind the world what they endured, but also in order to learn more about their own personal histories. 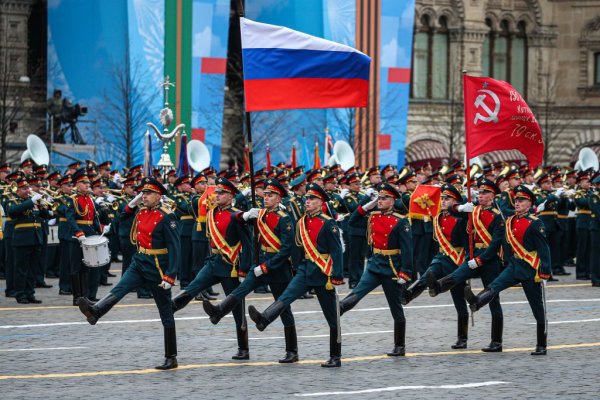 The History Behind Victory Day in Russia
Next Up: Editor's Pick