A Small Tennessee Town Is at the Center of a Big Lawsuit Involving Race, Power and Money

Attorney Terry Clayton, center, speaks during a hearing in Davidson County Chancery Court on April 6, 2022, in Nashville. Clayton is representing town leaders of Mason, Tenn., a small town facing a takeover of its finances by the state comptroller.
Mark Humphrey—AP
By Josiah Bates

In 2021, the small town of Mason, Tenn., got what seemed like good news: a new multibillion-dollar Ford Motor Company plant would open there in 2025.

The plant, part of Ford’s plan to lean in on electric vehicles, is projected by the company to provide around 5,500 new jobs. So for many of the 1,330 residents of Mason, which is 72% Black according to the 2020 Census, the plant seemed like a lifeline after years of financial struggles for the town under its previous leadership. According to reports from the Tennessee State Comptroller’s Office, Mason has seen incidents of misconduct and theft of town funds dating back to 2007. Within the past decade, multiple town leaders have stepped down. The city has not submitted an annual audit on time since 2001 and the Comptroller’s office has not been able to approve the city’s budget since 2019. In addition, one of the town’s major revenue sources, a private prison, recently closed.

All in all, the town is currently $500,000 in debt and has had to borrow money from its water, sewer, and gas funds to run the municipality.

In 2018, Mason elected a new mayor and new leadership across the board. That leadership began working to pay off debts, and the prospect of tax dollars from the Ford jobs seemed set to help Mason get back on track, according to local leaders. Instead, Mason now finds itself at the center of a lawsuit over its very right to exist—and questions about the relationship between a small Black town and the majority-white area in which it’s located.

In March, Tennessee state comptroller Jason Mumpower sent a letter to all Mason residents saying that he believed they ought to voluntarily relinquish Mason’s charter, essentially giving up its independence as a town. “The construction of the new Ford plant in West Tennessee could offer hope to your community, but I worry that if you remain an incorporated town these opportunities will be missed. New jobs, infrastructure improvements, and economic investments are made in places with a track record of good government,” he wrote. “Mason currently has the highest municipal property tax rate in Tipton County. I asked your mayor how these taxes help you. Other than the town’s 26 paid employees, it was difficult for the mayor to identify any benefit to the citizens from the town’s existence as an incorporated municipality.”

When the local government declined to do so, the comptroller said the town must fix its financial problems or it would be stripped of financial independence. “He gave us two choices: You give up your charter or we will move in and take over your finances,” Vice Mason Mayor Virginia Rivers has previously said.

But while Mumpower’s letter frames the loss of Mason’s charter as a benefit for residents, some in the town see the benefit accruing instead to the state: The takeover would mean that the comptroller would have significant oversight over the city’s financials and that the city would have to get approval to spend anything over $100. Under state law, Mumpower is already allowed to control Mason’s financial actions that involve taxpayer dollars.

If the town loses its charter, it would no longer be governed by its own residents and elected officials; it would be governed by the county. Any tax dollars that Ford Motor Company has to pay the town would in turn be paid directly to the county instead. In addition, the plant would likely open up opportunities for small businesses, further supplying tax dollars to the county instead of the town, and any land that increased in value would not be part of Mason, but rather part of Tipton County.

Now, the town is in the middle of a legal battle against the move, after filing a lawsuit on April 1 accusing Tennessee’s comptroller of racial discrimination in his attempt to take over the town. The town currently had Black leadership across the board. The suit alleges that Mumpower is violating the Equal Protection Clause and trying to force the town to give up its charter for the state’s financial gain. Mumpower’s office did not respond to a request for comment.

“This is a simple power grab by elected officials seeking to maximize their standings in the midst of a huge economic development opportunity in the region,” Derrick Johnson, president of the NAACP, which brought the suit on behalf of Mason along with Attorney Terry Clayton, tells TIME.

The NAACP has gotten involved because, as they see it, the issue goes beyond the money. It’s also about the racial dynamics between the town and the region.

People in the town were surprised, says Van Turner, president of the Memphis NAACP and one of the attorneys on the lawsuit, by the lengths the state comptroller’s office was willing to go to try and get control of the town. And there’s a reason why residents and groups like the NAACP might be on high alert about the implications of the state’s move: There’s a historical precedent of local, state, or federal officials across the U.S. using infrastructure demands to dismantle or control Black communities. One of the most notable examples is how highway construction in the U.S. has historically had a negative impact on Black and brown communities. Even redlining, a discriminatory measure to withhold investment and services from minority neighborhoods, can be seen as part of the story. And the Washington Post recently reported on another example, as Tullahassee, a small Black town in Oklahoma, has been decimated by state actions that essentially deprived the city of financial success.

“The county wants the financial benefits of the Ford Motor Company but this Black town is in the way,” Turner says. “The way the [comptroller] is trying to do this is something of an anomaly. To essentially demand, force, request, and strongarm a city or town to give up its charter. This is something that’s unheard of.”

Mumpower has said that this “takeover” is about finances and has denied any racial bias, but locals and community leaders believe if that was the case, then this takeover would have happened years ago when the town was really struggling. Now, according to the lawsuit, the town has been making regular payments on its debts for over a year. Mumpower has called the accusation that race plays a role in his attitude toward Mason “offensive” and “short-sighted.”

“If this was ten years ago or eight years ago or six years it would be different, but there was nothing of urgency for them to come in and try to take over. The only difference now is the [Ford Motor company plant] is coming and the potential for great economic opportunity,” Turner says.

A settlement is currently being negotiated between the town’s leadership and the comptroller’s office, with a result expected in the coming days.

“What’s taking place in Mason is an example of what’s possible and what we need to be looking for across the country. A win in Mason is a win for democracy. We want democracy afforded to all citizens,” Johnson says. 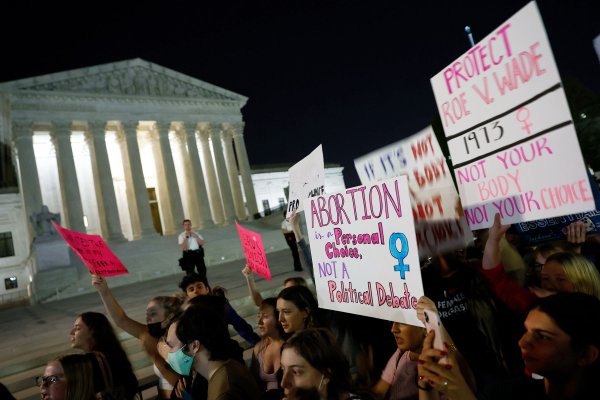