But NASA is more than its marquee missions. Much less discussed by most folks is the flock of spacecraft the space agency is operating throughout the solar system at any given moment. At last count, NASA was managing no fewer than 14 active non-Earth orbit missions—from the Parker Solar Probe, which is studying the sun; to the Voyager 1 and 2 missions, which are reconnoitering the outer solar system; to the Juno spacecraft orbiting Jupiter; to the fleet of ships on or orbiting Mars; to the various spacecraft studying various asteroids—and more. The missions range from the relatively young —Perseverance landed on Mars just over a year ago—to the very old: Voyagers 1 and 2 were launched in 1977, when President Jimmy Carter was in the White House and the first Star Wars movie was the nation’s number one box office hit.

This week, NASA doubled down on no fewer than eight of its deep space probes whose futures had been in doubt due to budgetary pressures, extending their ongoing missions by an average of three years. It was an easy call, thanks to the quality science they continue to return and the simple fact that even after years in space, their hardware continues to function as designed. The eight missions are the Mars Odyssey, Mars Reconnaissance and MAVEN orbiters, all circling the Red Planet; the InSight lander and the Curiosity rover, both of which are on the surface of Mars; the Lunar Reconnaissance Orbiter, which has been circling the moon since 2009; the OSIRIS-Rex spacecraft, which gathered samples from the asteroid Bennu and will return them to Earth sometime in 2029; and the New Horizons spacecraft, which flew past Pluto in 2015 and the Kuiper Belt object Arrokoth four years later.

The missions are being extended for a range of reasons, depending on the spacecraft. In addition to the science they’re already collecting, the Mars orbiters can also serve as data relay stations for future Mars landers—uncrewed and, one day, crewed. The Lunar Reconnaissance Orbiter can do the same for uncrewed spacecraft landing on the moon. New Horizons is going in search of potential new Kuiper Belt objects to barnstorm. OSIRIS-Rex is taking a detour to orbit the near-Earth asteroid Apophis, before at last peeling off for home and bringing back its precious bits of Bennu.

The announcement of the contract extensions for the eight overachieving ships did not make much news this week—but it should have. NASA’s budget is tiny—just 0.4% of total U.S. federal outlays—yet it parlays that to maintain nothing less than an interplanetary flight wing. The spacecraft go about their work quietly, but spectacularly. They’ve earned every additional year of life NASA’s engineers can give them.

This story was excerpted from TIME’s weekly space newsletter. Sign up here. 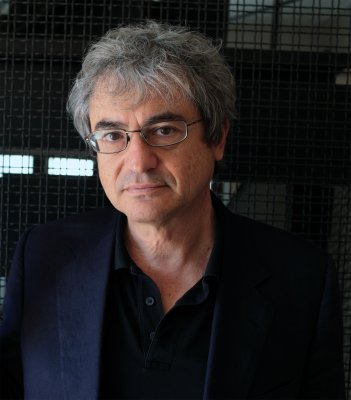 Carlo Rovelli Would Like to Explain the Universe
Next Up: Editor's Pick