The True Story Behind A Very British Scandal

The three-part miniseries A Very British Scandal—out April 22 on Amazon Prime Video—dramatizes one of the longest, most expensive, and scandalous divorce cases of the 20th century. In 1963, a judge dissolved the marriage of the aristocratic Duke and Duchess of Argyll, condemning the latter as a promiscuous woman with a “debased sexual appetite.”

Claire Foy, of Netflix’s The Crown, stars in the BBC-produced drama as the Duchess, Margaret Whigham, a glamorous socialite whose extra-marital affairs were thrown into the spotlight by her husband, played by Paul Bettany, who publicized compromising photographs of his wife to secure the divorce. The true story behind the drama series was just as salacious—intimate details of the couple’s romantic history were pored over by the press and public during the case. Viewed under today’s standards, the Argyll divorce reflects issues of institutional misogyny, sexual shaming, and aristocratic extravagance which gripped 1960s Britain.

Here’s the true story behind the scandal.

Who were the Duke and Duchess of Argyll?

Before she became known as the Duchess of Argyll, Margaret Whigham, born 1912, was an heiress of a Scottish businessman and millionaire. Famed for her beauty, Margaret moved through the most desirable social circles as a debutante and was engaged four times by the age of 19. She reportedly underwent an illegal abortion aged 15.

In 1933, aged 20, she married her first husband, American socialite and businessman Charles Sweeney. Such was the public excitement around the wedding—dubbed “the media event of the decade” by the Guardian—that crowds of 20,000 onlookers gathered to catch a glimpse of Maragret’s wedding dress. Together, the couple had two children and suffered a stillbirth and 8 miscarriages. Their marriage broke down, and they divorced in 1947.

In 1947, Margaret met Ian Campbell, the Duke of Argyll, who had been married twice before. Campbell, born in 1903, carried significant trauma from being held a prisoner of war in Germany, and suffered from alcoholism and a gambling addiction. His previous wives alleged he was physically and emotionally abusive. The Duke was head of his clan, and inherited the lavish Inveraray Castle in Scotland in 1949.

Why the marriage ended in divorce

The Duke and Margaret married in 1951—Margaret became an aristocrat and the Duke gained much-needed financial relief from his many gambling debts through her inheritance and money from her previous marriage. Their marriage was rocky from the start; both had numerous lovers throughout their relationship and distrusted one another. The Duke reportedly wiretapped Margaret’s car, while she claimed his children from his second wife were illegitimate.

The Argyll divorce case was brought in 1963 after the couple had been estranged for five years and had sued and countersued one another. The Duke reportedly began divorce proceedings after Margaret stopped paying the bills to help him maintain the crumbling Inveraray Castle. After he filed for divorce, Campbell stole some of Margaret’s private Polaroid photographs that went on to become infamous and haunt her for the rest of her life.

What happened during the divorce proceedings?

The Duke applied for divorce on the grounds of adultery, and claimed that Margaret had slept with 88 men. During the hearing, he presented the compromising Polaroids, depicting Margaret, wearing nothing but her signature pearls, performing a sex act on a man whose head was cropped from the photo. The identity of the lover was never revealed—though rumors ranged from Hollywood actors to politicians—and he became known as the “headless man”.

The press seized on the opportunity to splash Margaret’s sex life over the front pages. She became known as the “dirty duchess”.

People speculated that the “headless man” was wartime leader Sir Winston Churchill’s son-in-law, Duncan Sandys, as it was reported that only the Minister of Defense had access to a Polaroid camera. Tainted by the scandal, Sandys considered resigning from the government, although he denied the allegations.

In a three hour judgment, the judge granted the divorce, condemning Margaret as “a highly sexed woman” who was not “satisfied with normal relations and had started to indulge in disgusting sexual activities to gratify a debased sexual appetite”. It was also suggested that a near fatal fall down a 40-foot lift shaft in 1943 had triggered nymphomania in the Duchess.

The 1960s was a time of high-profile sex scandals—including the Profumo affair—which left the reputations of several women in tatters. Viewed through a modern lens, the “highly sexed” Duchess might be seen instead as sexually liberated, and the disdain for her actions would amount to “slut shaming.”

What happened to the Duchess of Argyll?

Although defiant in the face of the cruel gossip and societal judgment, Margaret never quite recovered from the divorce proceedings. She was ordered by a judge to pay the bulk of her ex-husband’s legal fees of £50,000—over $1.4 million today.

Over the decades that followed, her fortune dwindled. In a bid to capitalize on her public notoriety, she opened her London house for paid tours. According to the London Metro, in 1990, she was evicted from the hotel where she lived because she could no longer pay the bills.

The Duke, meanwhile, married just four months after his divorce from Margaret was finalized. In her 1975 memoir Forget Not, she suggested that her ex-husband had been secretly courting his new wife-to-be while he was still married. The Duke died in 1973, aged 69. 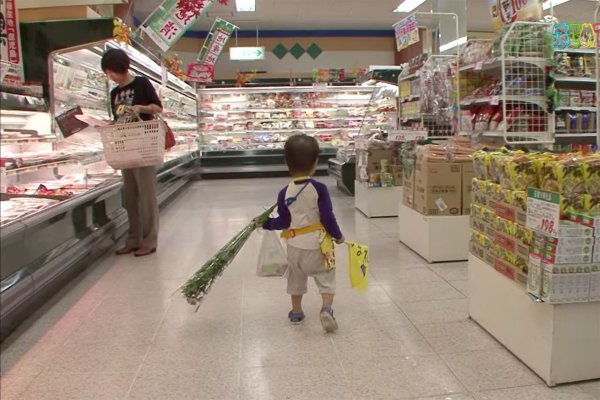 Why Old Enough Is the Show You Should Be Watching Right Now
Next Up: Editor's Pick