The War in Ukraine Stands to Make Norway a Lot of Money. That's Making Some Norwegians Uncomfortable

Norwegians are accustomed to seeing their country as one of the good guys. As the world’s ninth-largest international development donor and home of the Nobel Peace Prize, it has built a reputation for humanitarianism that is integral to its national identity. But it is also one of the world’s main exporters of gas and oil, and as sanctions on Russia have reduced supply and driven prices up, it stands to make a sizeable profit on energy this year. As a result, Norwegians suddenly find themselves grappling with the disconcerting implications of a windfall that could well have them profiting handsomely from the war in Ukraine.

“There are times when it’s not fun to make money,” said Petroleum and Energy Minister Terje Aasland in an interview with television channel TV2 earlier in March. “And given the situation, this is one of them.”

Norway produces about 2% of the global market’s crude oil, and, as the supplier of 20% to 25% of Europe’s natural gas, it is the second largest exporter to the region after Russia. Since 1996, the country has invested the revenues from the petroleum industry into its Government Pension Fund, a sovereign wealth fund designed, “to shield the Norwegian economy from ups and downs in the oil revenues,” Finance Minister Trygve Slagsvold Vedum said in an interview with TIME over email. “It serves as a financial tool and a long-term saving plan for current and future generations.” Although its value recently decreased because of market volatility brought on by the crisis, it is still worth about $1.3 trillion—or $227,000 per citizen.

Even before the war started, Norway earned a record 825 billion kroner in 2021 from petroleum sales, triple the amount of the year before. But since Russia invaded Ukraine a month ago, prompting a wave of sanctions and sending gas and oil prices skyrocketing, even that impressive rise has been dwarfed.

“The government assumed [revenues of] 277 billion kroner,” says Dane Cekov, an analyst at Nordea Bank, of the expected earnings for 2022. “But that calculation was made in August, and oil and especially gas prices started to move from September and October. And then, once this atrocious war started, it had an even higher impact on oil and gas prices.”

That’s putting it mildly. In early March, Nordea Bank predicted revenues of 1.75 trillion Norwegian kroner, and although that number has since come down to somewhere around 1.35 trillion, it is still nearly five times higher than government predictions. And despite market volatility and the general geopolitical uncertainty—Russian President Vladimir Putin’s statement on March 23 that “unfriendly” nations will be required to pay for gas and oil in rubles, for example, will likely force a renegotiation of Europe’s Gazprom contracts—the profits will continue to be impressive. “Even if the war ended tomorrow,” says Cekov, “sanctions on Russia will remain as long as Putin is president, and that means that their gas prices will remain high in Europe for the foreseeable future.”

This boon has provoked some national soul searching. “There’s a big debate going on right now, over how we should think about that money,” says Karin Thorburn, professor of finance at the Norwegian School of Economics. Some have questioned “if it’s a moral obligation that money that comes from the war should be used to help Ukraine,” she adds. “Or is it just that we are another player in the oil industry and anyone who has oil and gas resources benefits?”

Norway’s Labor-led government rejects the notion that the country is benefitting from the tragedy in Ukraine. “There are no winners in war. It is first and foremost a source of great human suffering,” said Vedum. “The Norwegian Government has engaged extensively in the international effort to provide aid to Ukraine since the outbreak of the war, and it is not a situation we are profiting from.”

Others don’t see it that way. “Norway cannot escape an unpleasant fact: This is a form of war profit,” wrote the newspaper Dagbladet in an editorial. “Where Ukraine is being crushed, and the vast majority of other countries mainly feel the negative effects of the war, such as rising energy prices, rising food prices and general inflation, we are experiencing an advantage. That must be reflected in how we think about using the money.”

The question is also being debated in Parliament. Because of the windfall’s origins, opponents to both the right and the left of the government are calling for it to be earmarked for humanitarian aid to Ukrainian refugees and to help Norwegian households struggling with rising energy costs. The Conservative Party, for example, would like to see part of the funds applied to government subsidies for electricity.

The Green Party, on the other hand, has proposed a separate “solidarity fund” directed toward the reconstruction of Ukraine and the countries affected by the conflict, and likens it to the foreign aid initiative that the U.S. used to help Europe rebuild following World War II. “The Marshall Plan was a very important support for rebuilding Europe,” says lawmaker Rasmus Hansson. “But it was also an important support for rebuilding the U.S.’s most important market. We see this as analogous, because it is basically in Norway’s self interest to support the rebuilding of democracy and the economy in these parts of the world. That’s a much more strategic, profitable way of using the extra income than just stuffing into your bank account.”

The Greens strongly disagree with the proposal that the extra revenues be used to reduce Norwegian energy bills. “Norwegian society should absolutely support low income households hit by extreme energy prices. But this is a society that can afford to do that without using war profits,” Hansson says.

For its part, the government has pledged 2 billion kroner in humanitarian aid to Ukraine from its regular budget, and plans to address the gas crunch by ensuring that its current high levels of production and delivery continue in the future. Asked about potentially targeted uses of the windfall, Vedum responded that the government is legally required to transfer the revenues from petroleum production in their entirety to the Government Pension Fund. “The framework ensures preserving the real value of the Fund for the benefit of future generations. It also insulates the budget from short-term fluctuations in petroleum revenues,” he said. “Over time it has served us well through various crises, and there has always been great support for the framework in the public and in the political community.

The debate over political intervention

Regardless of whether and how the extra income is used, for many in Norway the war in Ukraine has forced a reckoning with the notion that the sovereign wealth fund—which is managed by the Ministry of Finance—is divorced from politics. “Parliament has always said that the investment of the oil fund is not political,” says Thorburn, of the Norwegian School of Economics. “And there’s always been a big separation between whatever money comes in and what is taken out. Now we’re talking about connecting certain revenues to certain uses—that’s totally new in the fund’s history.”

Even if the government decides not to separate part of the extra revenue for other specific purposes, by freezing and preparing for the complete divestiture of the fund’s Russian assets as a result of the invasion, “the politicians chose to make a political decision, they wanted to make a statement,” says Thorburn. “I don’t know of any other occasion where they have done that.”

Thorburn says she is concerned about the precedent that sets. But others argue that the excess revenue debate has only made explicit an aspect of the fund that was always inherent. “It’s absurd to think that the investment of thousands of billions of kroner in the global market could be apolitical,” says the Green Party’s Hansson. “That kind of money sends strong political messages. So investing it in a way that takes into account the disaster in Ukraine is obviously political, and obviously, absolutely necessary. It would be grotesque if Norway continued to invest the fund as if the disaster in Ukraine didn’t happen.”

The debate around greater political influence over the fund has encouraged some to push for even more change. “The debate in Norway is totally focused on how we’re going to spend the money, and on the guilt we feel about how unconscionable it is to receive so much extra income because of the war situation,” says the Norwegian E.U. advisor and Climate Pact ambassador Paal Frisvold. “But we do not seem to realize that the income that goes straight into our pension fund is a result of increased expenditure from European households. We do not acknowledge the pain that we impose on them. We Norwegians just say ‘this is the way the market works.’”

To ease the burden, Frisvold wants Norway to relinquish what he calls ‘superprofits’ and instead cap the price of gas it sells to other European countries. Although he hasn’t garnered much support yet for the proposal, he’s convinced that the moment is ripe for change. “The pension fund has always been something that’s sacred; we all agree: don’t touch it,” he says. “But that is starting to change, because what we see with the invasion of Ukraine is the apolitical becoming political. We’re starting to realize we can’t just throw our hands up in the air and say ‘sorry, this is how the market works.’ Because we are the market.”

For Frisvold, personal responsibility is another factor. “Someday my children are going to ask, ‘Dad, what did Norway do during the war?’ I don’t want my answer to be ‘we made a killing.’” 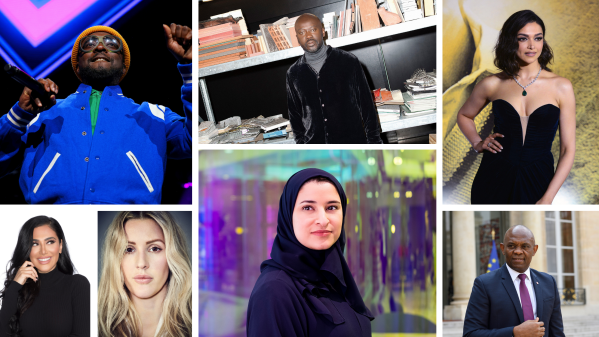 Introducing the 2022 TIME100 Impact Awards
Next Up: Editor's Pick