March 18, The Mobil station at the corner of La Cienega and Beverly advertise prices higher than the norm throughout the Los Angeles area.
Robert Gauthier-Los Angeles Times
By Justin Worland

Across the globe, politicians are fuming about high gas prices—and trying a range of policy mechanisms to bring down costs. The United Kingdom has cut the fuel duty, helping slash the cost for consumers to fill up their cars. In California, lawmakers have proposed a gas tax rebate that would put money back in the pockets of drivers. A suspension of the federal gas tax has also garnered attention in Washington.

The reason for the push is fairly obvious: politicians and the voters they represent hate higher gas prices. When gas prices rise, the cost of filling up the tank chips away at consumers’ discretionary spending and puts the household budgets of the most vulnerable in the red. Right now, the average gas price in the U.S. is a near-record $4.24 per gallon, according to AAA, as a result of the Russian invasion of Ukraine and other factors.

But nonetheless, as politicians try to bring down the cost of gas, I want to take a moment to reflect on the true cost of driving. That cost includes not just the price of a vehicle and filling up the tank but also the costs that operating it impose on society, including pollution that drives climate change. Calculating the damage done by pollution and other factors such as traffic and accidents—what economists call externalities—is a fraught process, and economists don’t necessarily agree about all the variables. But one thing is true under any reasoned consideration: driving costs society much more than you’re paying to do it.

The idea that driving imposes costs on society is fairly easy to understand. Cars require well-maintained roads, which are subsidized by the government, and the more drivers use these roads, the more money is required to fix them. The pollution released when you drive worsens air quality, which contributes to a range of health ailments from heart disease to asthma, some of which can eventually kill people. Traffic wastes people’s time and harms economic productivity. More driving means a greater chance of car accidents, which kill tens of thousands of people each year in the U.S. On top of all that, driving contributes to climate change. The average passenger vehicle in the U.S. emits 4.6 metric tons of carbon dioxide annually, according to data from the U.S. Environmental Protection Agency (EPA). And, considered collectively, EPA data shows that transportation is responsible for nearly 30% of the country’s greenhouse gas emissions, more than any other sector.

So what does this all cost in dollars and cents? To get an understanding, I dug into the past few decades of economic research and found one paper—a 2007 study from the research group Resources for the Future—that looked at the range of questions at play. If you add up all the mileage-related externalities, namely congestion, accidents, and local air pollution, the cost comes to a whopping $2.10 per gallon. The paper looked at climate change separately and estimated that the cost of driving to the planet only came to about six cents per gallon. But the paper notes one big caveat: it all depends on how much you assume climate change is going to cost.

If you substitute the study’s outdated estimate with new figures for how much emitting a ton of carbon dioxide costs, the cost of driving to the planet balloons to 72 cents per gallon. Add those two together and you can see how the cost of the externalities can easily add up to $3 per gallon. That’s on top of the actual cost of the fuel; 86% of the gas price at the pump today is made up of the price of the original crude oil, the cost of refining it into usable gasoline, and the cost of distributing and marketing it.

Of course, it’s worth taking the externality estimates with a serious grain of salt. They’re outdated, for one, and many people question the whole practice of putting a monetary value on the loss of human life and very real suffering that will result from the effects of climate change. Moreover, no politician is seriously proposing trying to impose a fuel tax that would actually account for all the damage driving causes. On average right now, state taxes add 31 cents to the cost of a gallon of gas while federal taxes add another 18.4 cents, according to data from the Congressional Research Service. Given the political dynamics of gas prices—and the political interest in cutting those fees—any move to increase the gas tax would be political heresy.

“It’s just very difficult to do through fuel taxes alone, because you need big increases in fuel taxes, which are politically difficult,” says Ian Parry, the author of the 2007 paper, who now works as the principal environmental fiscal policy expert at the International Monetary Fund, of the policy needed to transform the transportation sector. Instead, economists like Parry suggest a slew of other levers to push: fees on dirty vehicles, rebates to purchase new ones, and road congestion fees, among other things.

And, despite the clear economic case for gas taxes, politically-minded policy experts say that there’s a world in which providing some form of gas tax relief could help address climate change if it offers politicians the latitude to pursue other ambitious climate policies. “Do I, on this substance, support this? No, of course not,” says Gernot Wagner, a professor of climate economics at New York University, of proposals for a gas-tax holiday. But “if you basically trade off 18.4 cents for much, much more ambitious policies? Yeah, of course. Let’s go for it.”

Still, no matter what happens with the political debate over high gas prices, it’s useful for drivers to be aware—both as consumers and citizens—that there is a much higher cost to driving than they’re paying at the pump. 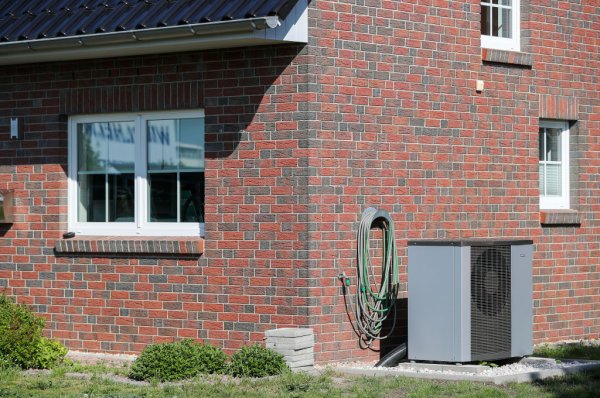 Heat Pumps Are a Weapon in the E.U.’s Face-Off With Russia
Next Up: Editor's Pick