A full moon rises behind the U.S. Capitol Building in Washington, on Nov. 29, 2020.
Graeme Sloan—Sipa USA/AP
By Jeffrey Kluger

On its face, 1966 was a very good year to be a consumer. A gallon of milk would set you back just 42 cents. A pack of cigarettes went for 30 cents. And a gallon of gas—which today is topping $5 in some places as the war in Ukraine and the cutoff of Russian oil push prices higher—went for just 31 cents.

And what, just for the record, did it cost to finance the greatest space program in the history of the world—a space program that went from a standing start in 1961 to having boots on the moon in 1969? That cost taxpayers $5.93 billion in 1966, which represents the high water mark of NASA annual funding in the 64-year history of the space agency. Of course, inflation plays a role in all of this too. That same 42-cent gallon of milk goes for $3.68 in 2022 dollars. NASA’s $5.93 billion annual allowance, similarly, would translate to $51.66 billion this year.

That generous annual funding is worth contemplating this week when, as SpaceNews reports, Congress completed work on an omnibus spending bill that allocates the space agency just over $24 billion dollars—or $760 million less than the White House requested, and less than half of what the space agency was getting back in its golden era.

The details of the spending bill reveal a lot about why it has been half a century since human beings last landed on the moon. In 2020, NASA requested $3.4 billion to build its Human Landing System (HLS)—a 21st century lunar module to carry astronauts down to the surface of the moon from lunar orbit. Congress responded with a check for just $850 million, barely enough for basic R&D. This year NASA lowered its sights, requesting $1.195 billion—and getting it. That’s good as far as it goes, but remains less than half of what NASA needs to build the ship for real. If you want to know why that much-touted 2024 date for getting boots back on the moon—under the new Artemis program—has slipped to a more generalized “sometime this decade,” look no further than the HLS.

Then too, there’s the SLS (the 21st century Saturn V moon rocket), which is budgeted at just $2.6 billion for 2022, a funding level that allows for launching one rocket per year. Back in the Apollo days, 11 Saturn Vs were launched—nine of them on crewed lunar missions—from just 1968 to 1972. Similarly, the Orion spacecraft—the modern-day version of the Apollo orbiter—was budgeted at just $1.4 billion this year. Orion has been in development in one form or another since 2004 and has never yet carried a crew. By contrast, 15 different Apollo capsules carried 15 different crews from just 1968 to 1974.

The government has its spending priorities, yes. And if the decision has been made that space is a lower-tier enterprise than it was half a century ago, that that is within Congress’s authority. But please, no more promises of crewed moon landings in 2024 or even 2025 or 2026 if you’re not going to cut the checks to make the missions possible. You can either talk about going to the moon or you can actually spend the money and go. The choice Washington is making is regrettably clear.

This story originally appeared in TIME Space, our weekly newsletter covering all things space. You can sign up here. 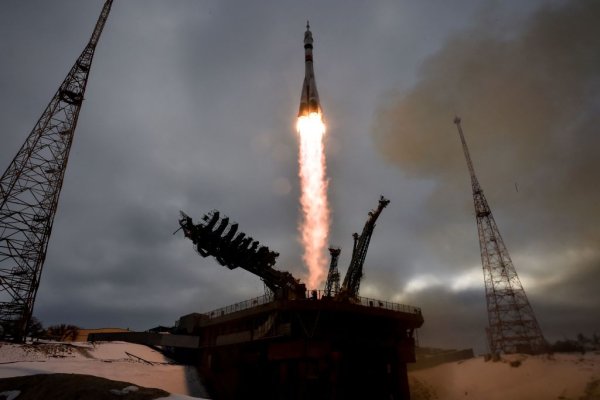 Why Russia (Probably) Won't Crash the Space Station
Next Up: Editor's Pick