Women Can Be Funny, Admits Jerry Lewis (Sort Of)

Cue the “put his foot in it” jokes. On April 12, at his “Forecourt to the Stars” imprint ceremony — the Hollywood honor of leaving of hand- and footprints at the TCL Chinese Theater — comedian Jerry Lewis made an impression in something other than cement.

Back in 1998, Lewis was at the U.S. Comedy Arts Festival when he said, “I don’t like any female comedians.” When asked specifically about Lucille Ball, he said he didn’t even like her. He went on to clarify that women in comedy didn’t offend him, but that he was unable to enjoy the comedy because he thinks of a woman “as a producing machine that brings babies in the world.” At that point, his audience reportedly got up and left.

Now, he’s backtracked — except not really.

He said at the hand-print ceremony that Ball was, in fact, “brilliant” and that he was impressed by Carol Burnett as well. However, he ended up digging in deeper on the baby-machine idea, saying:

Leaving aside Lewis’ personal likes and dislikes in comedy, since there’s no accounting for taste, there are a few reasons his sort-of-explanation is already drawing raised eyebrows. The logic of his statement negates his positivity on Ball and Burnett: he says that a comic has to project aggression and that he doesn’t want women to do that. So even if he’s admitting that women can be funny, he’s in effect saying that even those who are funny, like the two examples he gives, shouldn’t be professional comedians. That is, ladies can be funny, but only men should get paid for it.

In reality, however, not every successful comic is aggressive (Mitch Hedberg, for example), but plenty of women who do project aggression are successful (Sarah Silverman, for example). Also, not every lady is going to give birth to a child, and those who do might not want someone else defining them by that choice — a viewpoint that’s pretty much the same as the “producing machine” idea and also echoes the more recent pregnant-women-as-hosts political gaffe. Plus, while the idea of childbirth as a miracle is easy to agree with, it’s a pretty aggressive and crude miracle; just today, over at Slate, Cheryl Strayed of Wild fame lays out the 43 hours of intense pain and work that went into that miracle in her experience.

Lewis’ comments have some of the women who are counterexamples to his ideas up in arms. Then again, not everyone thinks the record needs to be set straight: 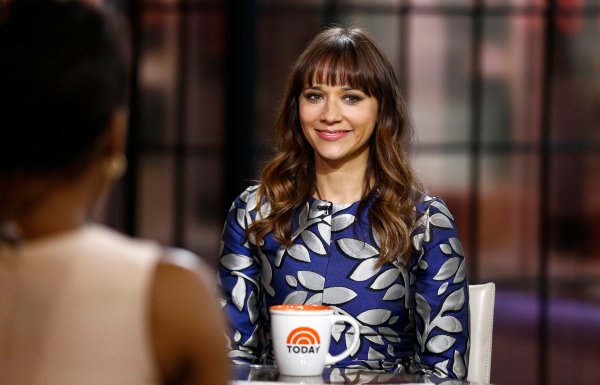 Rashida Jones: The Problem With Sexy Selfies
Next Up: Editor's Pick